4 Things to Know About India's Summit With African Leaders

Indian Prime Minister Narendra Modi (9R) stands among other African Heads of State and representatives during a group photograph at the India-Africa Forum Summit in New Delhi on Oct. 29, 2015
ROBERTO SCHMIDT—AFP/Getty Images
By Swati Gupta

India wrapped up one of the largest bilateral summits in its history on Thursday, with over 50 heads of state or government and senior officials from across Africa converging in the capital, New Delhi, for the four-day India-Africa Forum Summit. As the South Asian nation pushes to increase its clout on the continent, where rival Asian superpower China has long flexed its diplomatic and economic muscle, here are four takeaways from the confab:

1. U.N. reforms
India has been lobbying to reform how the U.N. is governed, with Indian Prime Minister Narendra Modi speaking out for a change to the Security Council to better reflect today’s geopolitical realities. Top of the agenda is marshaling support for India’s place on the council as a permanent member. With that end in mind, the New Delhi summit saw marathon meetings between Indian and African leaders where Modi and his cohorts sought to win support for India’s candidacy.

2. Terrorism
The summit also focused heavily on terrorism and defense. The Westgate Mall attack in Kenya and the continuing raids by Boko Haram in Nigeria and neighboring states were brought up by the Kenyan and Nigerian Presidents, respectively. Modi has repeatedly voiced his concern regarding rising terrorism and the need to quash it. Cybersecurity, maritime security and defense cooperation were also on the agenda.

3. Climate Change
Modi called on the assembled African leaders to join an alliance of solar-rich countries at next month’s Paris climate conference, where the international community will gather to try to hammer out a successor to the Kyoto climate protocol. Both African nations and India want to “light up lives of our people and power their future,” Modi said, adding that it should be done in such a manner that “snow on Kilimanjaro does not disappear, the glacier that feeds the River Ganga [Ganges] does not retreat.”

4. Development Initiatives
India promised $10 billion in new credit and $600 million in grant aid to African countries. The money, which supplements other initiatives, comes as New Delhi attempts to swell its influence across the continent. But it remains well behind China, which is Africa’s largest trading partner. 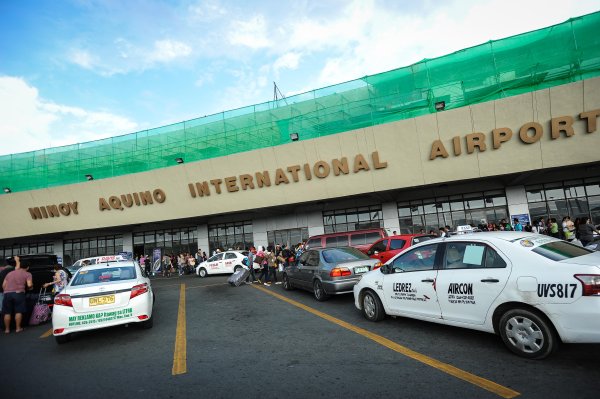 Passengers Targeted By ‘Bullet Scam’ at Manila Airport
Next Up: Editor's Pick