Do Cops in Schools Do More Harm Than Good?

The school resource officer whose violent arrest of a South Carolina student this week sparked a Justice Department investigation has drawn fresh scrutiny of the tens of thousands of police increasingly present in U.S. public schools.

The role of school resource officers (SROs), sworn law enforcement agents that help provide school security, is being re-examined after a video surfaced showing Ben Fields, a white officer at Spring Valley High School in Columbia, S.C., arresting a black 16-year-old after flipping the student out of her chair and dragging her across the floor. Fields, a Richland County senior deputy who spent seven years as an SRO, has since been fired, and the Department of Justice is considering whether the arrest violated civil rights laws.

Fewer than 100 police officers were in schools when the practice began in the 1950s, says Jason Nance, a University of Florida law professor who studies SROs. But they increased significantly throughout the 1980s and 1990s as tough-on-crime federal and state policies attempted to bring down juvenile crime rates around the country.

The shooting at Columbine High School in 1999 led to even more SROs after the federal government provided money for stepped-up security in schools. The number of school cops likely peaked around 2007 at roughly 19,000, Nance says. There are no definitive numbers on how many SROs are currently in the U.S., but the National Association of School Resource Officers estimates it’s between 14,000 and 20,000. Nance says the number likely dipped a bit after 2007 but picked up following the Sandy Hook Elementary School shooting and has remained steady since.

School resource officers have all the powers of a regular police officer, including the right to arrest, which concerns civil rights groups who believe that the growth of cops in schools is contributing to the so-called school-to-prison pipeline. “I think they increase the likelihood that people will be involved in the juvenile justice or criminal justice system,” says Dennis Parker, director of the ACLU’s Racial Justice Program. “Our concern is that law enforcement in schools should be strictly limited to enforcement of criminal laws and not school discipline policies.”

Critics of SROs say that police are now dealing with disciplinary matters that previously would’ve been adjudicated by teachers or school administrators, and that teachers in schools with SROs are becoming overly reliant on officers who are readily available.

In a study to be published next year in the Washington University Law Review, Nance found that the presence of school resource officers increases the likelihood of students being involved in the justice system for virtually every offense that occurs in schools, including lower-level offenses like fighting and theft. According to the paper, the odds of a student accused of a low-level offense being referred to law enforcement in a school with a regular police presence is between 1.38 and 1.83 times higher than those without SROs. Other studies show that high schoolers who have early run-ins with the law are more likely to drop out of school or potentially be arrested again later in life.

“Once a student is arrested, they’re less likely to graduate and more likely to be involved in the justice system later on,” Nance says. “It’s traumatic for these kids, and some of them don’t recover.”

The National Association of School Resource Officers, however, disputes the notion that the presence of police officers in schools leads to more students being arrested. NASRO Executive Director Mo Canady points to numbers from the U.S. Department of Justice showing that the number of juvenile arrests between 1994 and 2009 dropped almost 50% while SROs in schools increased.

“There’s no way law enforcement referrals can be up if SROs are doing the job the right and way and building relationships,” Canady says, adding that the officers’ overall mission is to “bridge the gap between law enforcement and youth.”

“Numbers [for juvenile arrests] are down overall, so how are we getting so much criticism for putting kids in jail if numbers are so dramatically down like that?” Canady says. “I have never said that we deserve all the credit for that, but we deserve some of it.”

There may be issues of training in the officers who have been in the spotlight lately; Canady says that neither South Carolina’s Fields nor the officer involved in arresting Ahmed Mohamed, the 14-year-old Texas high schooler who made a clock that officials thought was a bomb, were trained by NASRO, as some are. “That’s not the way we train our officers,” he says.

Schools have often reacted to mass shootings like those at Columbine or Sandy Hook by bringing in police, in part because it’s the one tangible way administrators can show that they’re attempting to make their school safer. But the question now may be whether national incidents like the arrest in South Carolina will lead to schools rethinking the role of school resource officers altogether.

“I hope the nation will now reconsider whether or not it’s a good thing to have police officers stationed in schools,” Nance says. “Is this the appropriate response to developing safe climates?” 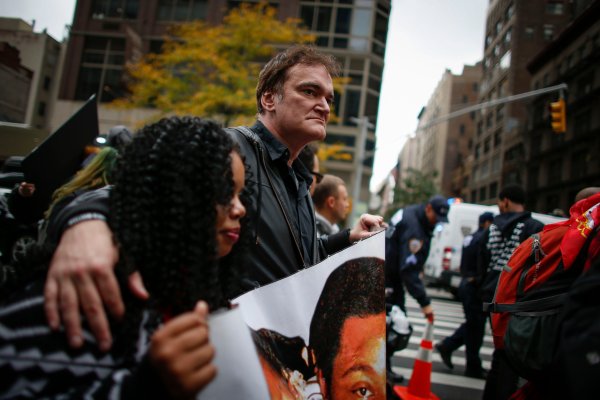