A Year in Space: Scott Kelly Talks Being Away from Earth

By Maya Rhodan and TIME Video

Over 200 days into his year-long space mission, Astronaut Scott Kelly has nearly forgotten what life is like on Earth. “There are certain senses and things that seem like, wow that was so, so long ago,” Kelly tells TIME. Peering at the third rock from the sun through an open window on his spacecraft, Kelly said he at times feels like the things he cares about most are millions of miles away.

“You definitely feel like you’re here and everyone else that’s important to you and everything that you care about and love is down there,” he says in the short clip.

TIME is producing a series of documentary films, titled A Year in Space, which can be viewed here. 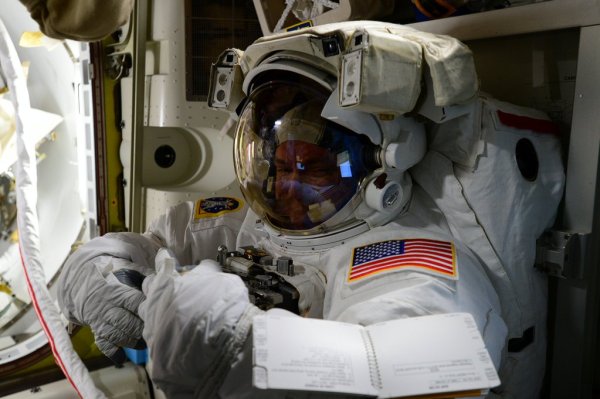 Two Americans Conduct a Spacewalk
Next Up: Editor's Pick