Jeb Bush took a swipe at Marco Rubio during Wednesday night’s Republican debate—but he rubbed France the wrong way in the process.

While criticizing Rubio, the Florida Senator, for missing votes in Congress, Bush said, “The Senate, what is it like a French work week? You get like three days where you have to show up?” France has a 35-hour work week policy.

The data may support Araud rather than Bush. Data from 2014 shows that “French workers are about as productive as American workers,” Fortune reports. “And when they aren’t on vacation, they work roughly 40 hours per week, just like Americans do.” 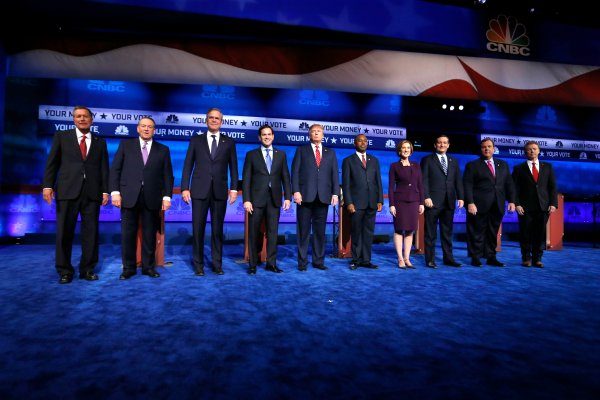 See Who Got the Most Speaking Time During the Republican Debate
Next Up: Editor's Pick