Why (Almost) Everyone Is Embracing the Digital Doctor

Like many Americans her age, Gillian Roach, 27, doesn’t have a primary-care doctor. So when she woke up on a recent morning with a bad cough, Roach, who has asthma, logged on to Maven, an app that connects women to a variety of health providers over video chat. Soon Roach was talking with a female nurse practitioner, who listened to her cough, offered advice and sent an inhaler prescription to Roach’s local CVS in Arlington, Va. The entire session lasted 10 minutes and cost Roach $18, just under half her usual co-pay.

“From booking the appointment to having an inhaler in my hand was 2½ hours,” Roach says. “The whole time, I was sitting on my couch and the doctor was sitting on her couch.”

That relative ease and value are turning cybermedicine from a controversial practice into an increasingly mainstream health care option. Maven, which launched in April, is one of several new digital platforms that let patients video-chat with doctors and get common prescriptions at any hour of the day, seven days a week. Major hospitals such as Cleveland Clinic and Stanford Health Care now offer virtual appointments for simple cases. And this year UnitedHealthcare, the nation’s largest health insurer, began covering digital consultations. By 2019 there will be an estimated 124 million doctor-patient video consultations in the U.S., up from close to 7.2 million in 2015.

“Over time most physical office visits will not occur,” says Dr. Eric Topol, director of the Scripps Translational Science Institute. “Routine things will be much more efficiently accomplished through mobile devices.”

For patients, the appeal of this shift is clear. It takes nearly 20 days on average to get an appointment with a family physician in the U.S., and urgent-care visits average $150. Maven charges $18 for a 10-minute session, while rival Doctor on Demand charges $40 for 15 minutes–all done through an app.

Many doctors have come to embrace virtual appointments because of their own time crunches. There is also hope that cybermedicine could help fix the nation’s growing shortage of primary-care physicians–the Association of American Medical Colleges estimates that we’ll be short by as many as 31,000 by 2025. “In many exams, the hands-on touching doesn’t have much of a role in the interaction and a video visit works perfectly well,” says Dr. Peter Rasmussen, a neurosurgeon at Cleveland Clinic who uses virtual visits. “It increases my efficiency and is a lower-cost option for many patients, particularly if they have to travel to see a provider.”

Plenty of medical groups remain skeptical. The American Academy of Pediatrics says cybermedicine can prevent patients from forming lasting relationships with a doctor versed in their medical history. And while there is no evidence to show that misdiagnoses are more common in cybermedicine–more research is needed–a May study found that doctors were more likely to prescribe broad-spectrum antibiotics in virtual appointments, raising concerns about drug resistance. There is also uncertainty over whether cybermedicine will expand too far beyond the easy-to-handle coughs, fevers and sore throats for which it is primarily used today.

Many startups are already moving in that direction. In August, Maven offered therapist speed dating to allow users to meet mental-health providers in 10-minute increments to find someone who clicked with them. And as wearable tech advances, virtual docs will be able to offer more-tailored care based on biomarker data uploaded by patients.

Another big reason for the shift to digital docs: money. Cybermedicine could save employers an estimated $6 billion each year, and in a recent survey of large employers, 38% said their insurance plans cover it, while 81% intend to have it covered by 2018. “That’s an astounding number,” says Dr. Allan Khoury, a senior consultant at Towers Watson, which conducted the survey. “We don’t usually see transitions in care happen this quickly.”

That’s because of consumers like Roach, who has quickly become a convert. “I don’t have to sit with people who are sicker than me in urgent care,” she says. “I can be on my couch in my yoga pants with a blanket around me.” 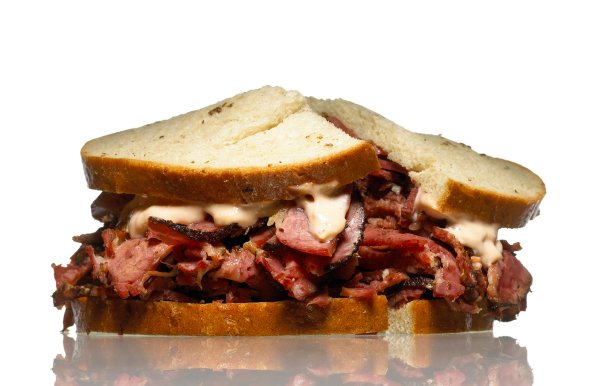 Red Meat, Hot Dogs and the War on Delicious
Next Up: Editor's Pick