Jeb Bush and Marco Rubio traded insults at Wednesday’s Republican presidential debate over how many Senate votes Rubio has missed while running for president.

The spat comes after a Florida newspaper published an editorial calling for Rubio to resign for missing 59 Senate votes since he launched his campaign. Rubio called the editorial “evidence of the bias that exists in American media.”

“I’m a constituent of the Senator, and I helped him, and I expected that he would do constituent service, which means that he shows up to work,” Bush said. “Marco, when you signed up for this, this was a six year term, and you should be showing up to work. Literally, the Senate, what it is like a French work week? You get like three days when you have to show up?”

Rubio swung back at Bush, calling out the former Florida governor for modeling his campaign after John McCain’s 2008 run. “Do you know how many votes John McCain missed?” he asked. “I don’t remember you ever complaining about John McCain’s vote record.”

“The only reason why you’re doing it now is because we’re running for the same position and someone has convinced you that attacking me is going to help you,” he continued. “Here’s the bottom line: my campaign is about the future of America, it’s not going to be about attacking anyone else on this stage.” 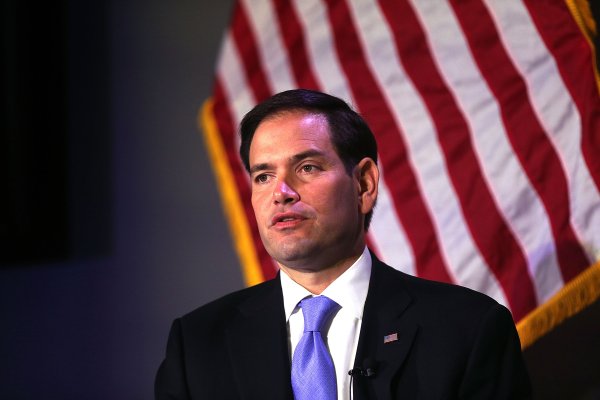 Here's How Rubio Defended His Finances at the Debate
Next Up: Editor's Pick