Dying Patients Should Have 'Right to Try' New Treatments

Harper
Ideas
By Darcy Olsen
Darcy Olsen is president of the Goldwater Institute and the author of The Right to Try.

Imagine the joy of watching your dying son experience a miraculous recovery from an incurable disease thanks to an experimental medicine. Then imagine the horror of watching your other son slowly die from the same disease—because the federal government prevented him from receiving the same life-saving treatment that saved his brother.

That is the nightmare that my friend Jenn McNary has lived for the past three years.

Jenn had a 3-year-old named Austin and a newborn named Max when she learned that both boys had Duchenne Muscular Dystrophy, a crippling disorder that leads to muscle degeneration, and has been 100% fatal. Jenn was told there was no treatment, no cure, no hope. “I was the mother of two dying children,” she said.

Over the next few years, she watched her two boys slowly decline. By the time Austin was 10, he was confined to a wheel chair. Max could still walk but was using a wheel chair more and more frequently.

In 2011, she learned about a clinical trial for an experimental drug called Eteplirsen. If this new drug worked, it would transform Austin and Max’s disease into a milder form of muscular dystrophy called Becker’s. Their condition would become chronic instead of fatal.

But there was a catch. Thanks to Food and Drug Administration requirements, only ambulatory–or walking–Duchenne patients qualified for the trial. That meant it was too late for Austin. Only Max could get in.

About 16 weeks after the treatment began, Max asked to play outside—something he had not done in years. Then Max started regaining his fine motor skills. After about a year, he abandoned the wheelchair completely. He joined his school soccer team.

But Jenn’s joy at seeing Max get better was bittersweet, because at the very same time, she was watching helplessly as Austin deteriorated. Every day that went by without the drug, Austin lost ground.

It took three years and three months before the FDA finally permitted a clinical trial that Austin could join. During the 170 weeks his own government made him wait for a treatment that was healing his brother, Austin lost the ability to transfer himself from his chair to his bed, wash his own hair, or bring a cup of water to his lips.

Jenn is right. It is a crime that hundreds of thousands of Americans with terminal illnesses experience each year, when they run out of FDA-approved treatment options and cannot access clinical trials for innovative treatments that could potentially save their lives.

According to the President Barack Obama’s Council of Advisors on Science and Technology, “Over the past 50 years, the time from drug discovery to drug approval has nearly doubled from 8 years in the 1960s to roughly 14 or more years now.”

Some Americans desperately fighting for their lives don’t have 14 years to wait.

That’s why I’m working with moms like Jenn McNary to pass “Right to Try” laws across the country that give patients with terminal illnesses the right to try investigational treatments that are showing promise in clinical trials, but are still years away from final approval. In just over a year, 24 states— nearly half the country—have passed Right to Try laws.

Most dying patients know there is no guarantee new investigational therapies will save them. But they are not looking for a guarantee—they just want a fighting chance. As a country, don’t we owe them that? 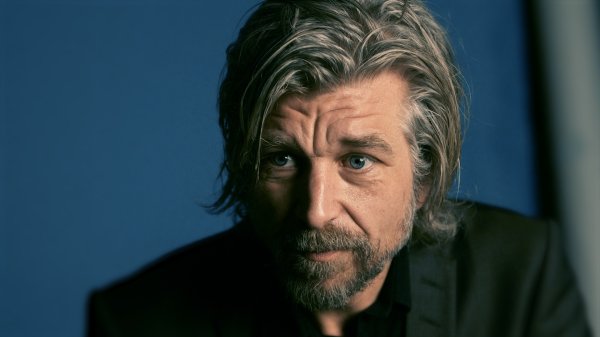 Karl Ove Knausgaard on Writing About Real People: 'I Can't Really Do It Anymore'
Next Up: Editor's Pick