The OnePlus X is $250 and has a 5-inch screen.
OnePlus
By Lisa Eadicicco

When Chinese startup OnePlus released its first smartphone in 2014, it was met with an overwhelmingly positive response. The phone, called the OnePlus One, was a hit for two reasons. First, it was inexpensive compared to most of its competitors. Second, buying the One required a special invite from the company, giving it a sense of rarity that worked to make it more desirable.

This summer, OnePlus released a worthy sequel to that phone called the OnePlus 2, essentially an upgraded version of the first. Now, the company has another follow-up that’s even less expensive than its predecessors — and designed for users who want a smaller phone. The new OnePlus X will cost $250 without a carrier contract when it goes on sale Nov. 19 in the United States and Nov. 5 in Europe. (An iPhone 6S without a contract starts at $649; the OnePlus One currently sells for $300 on OnePlus’ website and the OnePlus 2 starts at $329.) As with OnePlus’ previous phones, customers won’t be able to buy the device unless they have an invite to do so.

That comparatively low price is significant because most high-end smartphones, such as Apple’s iPhone 6S or the Samsung Galaxy S6, cost upwards of $600 unless you commit to a two-year carrier contract (which more carriers are abandoning) or agree to pay off the phone in monthly installments. The OnePlux X is not quite as advanced as its higher-priced adversaries, but considering the price it’s a good deal.

When it launches, the OnePlus X will be one of the least expensive Android phones available other than Motorola’s new Moto G, which is priced at $180 but isn’t quite as premium as the OnePlus X.

The new OnePlus X sounds like a compelling deal based on its price and hardware: it comes with a 5-inch full HD screen (the OnePlus 2 is a 5.5-inch handset), a 13-megapixel camera, an eight-megapixel front camera, and it’s just as thin as the iPhone 6. Many phones that are priced higher than the OnePlus X have screens that are sharper (such as the Galaxy S6 and LG G4), but the difference in screen quality isn’t always noticeable to the everyday user.

The new phone is made of metal, but OnePlus is also offering a fancier version made of ceramic that will cost 369 euros and will only be available in Europe and India. In true OnePlus fashion, customers will need a specific invitation for the ceramic version, of which only a limited number will be made. 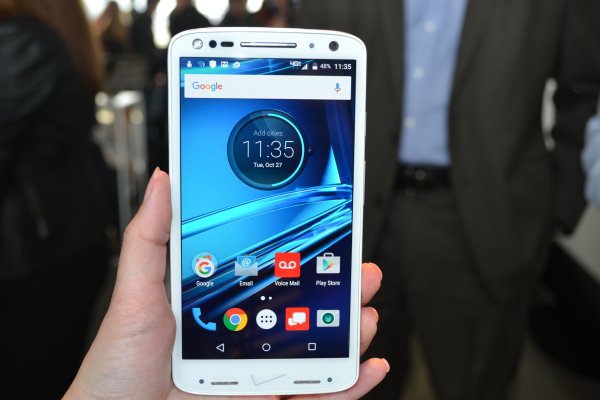 Motorola's Droid Turbo 2 Has A Shatter-Proof Screen
Next Up: Editor's Pick