Director David Ayer has continued revealing the squad (or skwad for some) of his latest film, and after providing a look at Jared Leto’s Joker and Cara Delevigne’s Enchantress, he’s ready to introduce two more members of the Suicide Squad.

Ayer revealed the Empire magazine covers for Deadshot, played by Will Smith, and Harley Quinn, played by Margot Robbie. While Robbie has been front and center when it comes to the film’s marketing and trailers, her baseball bat apparently with her wherever she goes, Smith’s Deadshot has been less frequently at the forefront.

Smith’s take on the DC Comics villain has a cover of his own, and while he may not be as clearly tattooed as Robbie’s Quinn, even his armor has a bullseye marker on it, just in case the massive gun in his hands didn’t clue you into his area of expertise.

For more on the titular squad, check out the covers for the Joker and Enchantress. Suicide Squad hits theaters on Aug. 5, 2016. 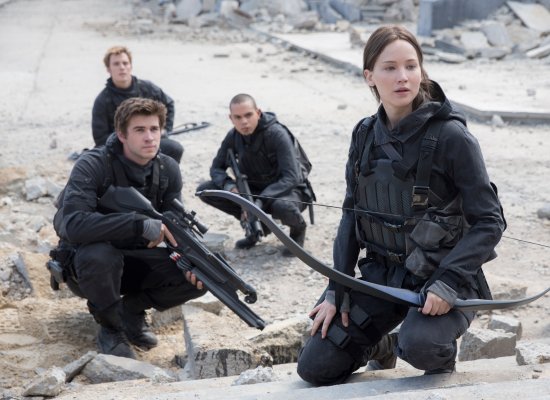 Watch Katniss Take Down the Capitol in the New Mockingjay — Part 2 Trailer
Next Up: Editor's Pick