Years later, it became clear how the presidential election that took place on Nov. 4, 1980—exactly 35 years ago—changed America’s history, ushering in a new era of conservatism and placing Ronald Reagan at its forefront. But up until the vote actually happened, few saw it coming.

“Landslide. Yes, landslide—stunning, startling, astounding, beyond the wildest dreams and nightmares of the contending camps, beyond the furthest ken of the armies of pollsters, pundits and political professionals,” proclaimed TIME’s post-election cover story. “After all the thousands of miles, the millions of words and dollars, the campaign that in newspapers across the land on the very morning of Election Day was still headlined TOO CLOSE TO CALL turned out to be a landslide.”

But not everyone was shocked. Laurence Barrett, who had been reporting on Reagan’s campaign for TIME since the beginning of that year (and who later wrote a book about Reagan’s administration, Gambling With History), had a hunch that the Republican was going to win big. Yet he remained circumspect about his hunch. Shortly before the election, a remark of Barrett’s had been printed in TIME’s Letter From the Publisher: “Come Nov. 4, I have a fifty-fifty chance of knowing the President-elect better than most people know their next-door neighbors.”

As Barrett, now 80, notes, a lot can change ahead of a vote.

“Something can always happen at the last minute. For instance, if Carter had somehow managed to spring the hostages in Iran before election day, I think the would have been reelected,” he says. “The real question about the ’80 election, I think, is when did it become clear that Reagan was plausible, that he had a good chance to win?”

After all, there were plenty of knocks on the man who was to be president: too old, too conservative, too unconventional a resume.

There are a few milestones turning points that stand out in Barrett’s memory: Reagan’s victory in the New Hampshire primary proving he wasn’t too conservative to win Northeastern voters; his choice of his main primary adversary, George Bush, as his running mate; and his strong performance in that year’s only debate, which came mere days before voting. “In the wake of the debate,” he says, “I personally was pretty confident [that Reagan would win].”

According to a story that Barrett helped report, Carter was informed by an aide after the debate that Democratic polling implied that Reagan would almost surely win. “In one sense, both he and Rosalynn were so naive,” an unnamed staffer told TIME. “They had just never even considered the possibility of losing.”

On the evening of Election Day, after the results were in, Barrett and a colleague, Douglas Brew, interviewed the President-elect. “That it was one of the rare occasions where [Reagan] seemed a little daunted by the prospect that now he was actually going to have to go to Washington and try to make it work,” Barrett says.

After that day-of interview, Barrett worked until about 2:00 or 3:00 in the morning, knowing that he had no more time to report before the magazine went to press. Asked what was going through his mind, he laughs. “Frankly, ‘Boy, I’m glad this election is over. I have to catch up on my sleep,'” he says.

After that, Barrett was assigned to work on the upcoming Man of the Year Issue featuring Reagan, and sent to Washington, D.C. to report on the new administration. He hadn’t been planning on such a move, he says, but he went anyway—and has lived there ever since.

Read the special election issue from 1980, here in the TIME Vault: A Fresh Start 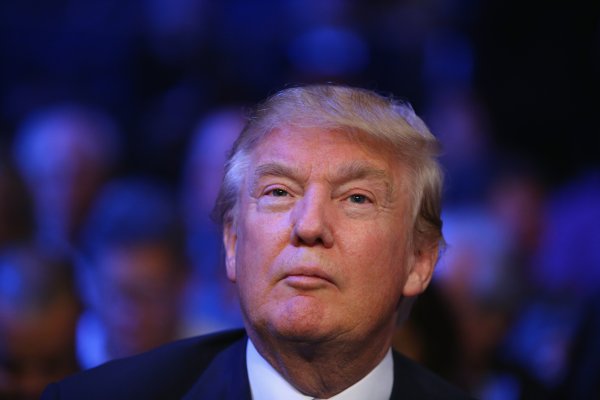 Hosting SNL Could Hurt Donald Trump With Voters
Next Up: Editor's Pick