Say hello to Jeffpardy! It’s just like Jeopardy!, except every contestant is named Jeff, every category is called Jeff, every correct answer is Jeff, and host Alex Trebek is (probably) named Jeff. Some delightful weirdo decided to edit a 2014 episode of Jeopardy! — which did feature a “Jeff” category — and edit it into a truly bizarre work of art.

At one point, a contestant responds to one of the clues with, “What is San Francisco?” and Trebek (a.k.a Jeff) has to tell her that’s wrong. Luckily, another contestant rings in with the correct response: “What is Jeff?”

Hey, we warned you this was going to be dumb. But it’s worth a laugh. 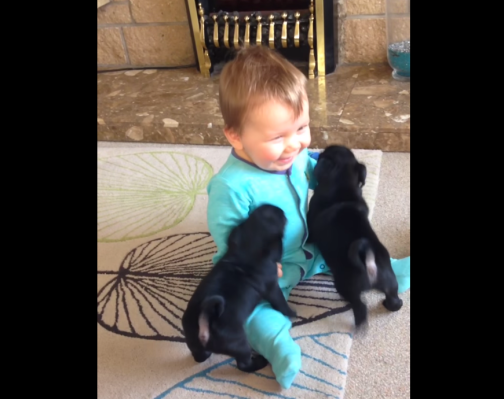 Watch This Baby Giggle in Delight as a Pair of Tiny Pug Puppies Crawl All Over Him
Next Up: Editor's Pick