Donald Trump to Iowans: 'If I Lose Iowa, I Will Never Speak To You People Again'

“Now if I lose Iowa, I will never speak to you people again, that I will tell you,” the joked to the crowd at a Sioux City rally, NPR reports.

He also tried a more plaintive tone, asking the audience, “Iowa, will you get your numbers up, please? I promise you, I will do such a good job.”

Trump’s appeal to Iowa voters comes as polls have come out in recent days showing retired neurosurgeon Ben Carson has overtaken Trump for the top spot in the state, after months of Trump’s uncontested dominance in the race. His concern about the polls at his Tuesday night event contrasts some of his other remarks about the numbers in recent days, which contained more of his usual bravado.

At an event in Miami Friday after the numbers came out, Trump said flatly ,”I honestly think those polls are wrong.” And Wednesday ahead of the third Republican debate on CNBC, in which he will once again take center stage, he tweeted:

Read Next: Donald Trump Mocks Ben Carson After His Surge in Iowa 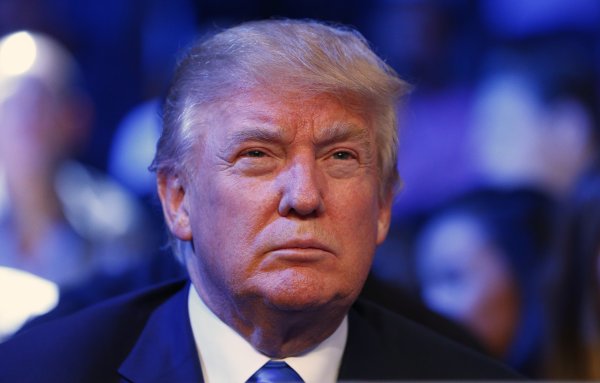