It is now well-known where GOP presidential candidate Donald Trump stands on immigration: He has called Mexicans “rapists” and criminals and has emphasized his plan to build a wall on the Mexican border. It’s less clear where NBC stands on Trump: A wave of Latino disapproval led NBC to dump him as host of its Celebrity Apprentice series and drop its participation in Trump’s Miss USA and Miss Universe pageants. But now the “The Donald” has made an appearance on The Tonight Show with Jimmy Fallon and is scheduled to be the host for Saturday Night Live this week.

NBC’s inconsistency shouldn’t surprise anyone: After all, Trump has been pointed as one of the the main reasons behind record ratings for the GOP debates. But this flip-flopping also reminds of something bigger, which Rep. Luis Gutierrez, speaking on the House floor, poignantly pointed out: “If Donald Trump had said gays and lesbians were murders and raping Americans, would he get to host the show?”

Of course, it shouldn’t be a question of which group faces more discrimination. But this data does highlight a dangerous perception toward Latinos that may reflect what many media outlets and political actors believe.

NBC’s decision to feature Trump as host of SNL also shows the extent to which Latino unity grows and persists. The National Hispanic Leadership Agenda, a nonpartisan association of major Hispanic national organizations and distinguished Hispanic leaders from all over the nation, sent a letter to the television network stating: “We are appalled that you would enable Trump’s hateful speech for nothing less than a ratings ploy and ask that you rescind the SNL invitation.” Groups including the National Council of La Raza, MoveOn.org and America’s Voice also have campaigns targeting NBC, and most recently the Congressional Hispanic Caucus have officially come out in opposition to Trump hosting the show.

The GOP should take note: According to a study of the 2012 election I published in Political Research Quarterly, one of the largest factors affecting the Latino vote in favor of Obama was Mitt Romney’s comments that illegal immigrants should “self-deport.” In my research, using a large, historic range of survey data from 1960 to 2006 I also found that when faced with discrimination, such as Trump’s comments, Latino identity is embraced at higher rates and results in greater political action.

NBC might not cancel Trump’s appearance on SNL. Ratings are ratings, after all. But the fact that Latinos across all ideological lines are reacting so strongly and are staying united says more about Trump’s chances for election in 2016. 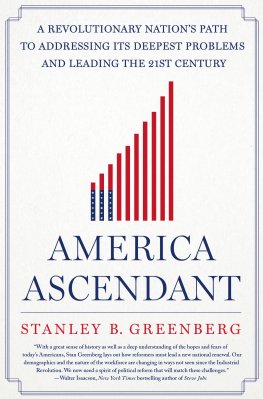 Jeb Bush's Slide Shouldn't Surprise Anyone
Next Up: Editor's Pick