Halo 5‘s campaign didn’t exactly work for me, this much I’ve written. Not in snobbery. I don’t hate popular done-over-and-over-again things in principle, any more than I hate baseball, chess, or the Tour de France. As Stephen King put it in his National Book Awards acceptance speech, you “don’t get social or academic brownie points for deliberately staying out of touch with your own culture.”

But popular doesn’t entail safe, and Halo 5‘s story, despite what I’m sure comprises an unfathomable amount of developmental work, feels too much like kicking back in the easy chair and putting your feet by the fire. Characters end the game as they began it. Even the twist at the end just feels like a tee-up for Halo 6.

Halo franchise development director Frank O’Connor graciously engaged some of my criticisms after I’d finished the game. Here’s what he told me:

“It’s totally a fair conversation to have, and I can’t disagree with how you felt about the game, you felt the way you felt,” says O’Connor, responding to my critique of Master Chief, the series’ icon, as an emotionally blank cipher for players. “It’s a tension that we’ve had, and something I’ve spoken about many times in the past, the fact that Chief is a vessel into which you pour your heroism.”

“I think the difference in Halo 5 is that there are eight people you have to do that with, and for them to not simply be clones of the Chief moving around in that space, we had to properly characterize them. And that meant, because it ends up being more of a social experience, we had to make sure that the characters were actually reflecting each other and not simply ignoring each other.”

“That said, this is a long running issue we’ve had with the Chief. Over the years, people have grafted their own feelings about the Chief onto the Chief. And sometimes that’s meant, like in your case, holding him as a sort of paragon of useful emptiness. And I think that’s a completely fair way to approach this character.”

“But we’ve also got lot of other players who, maybe they’ve read the books, maybe they’ve just followed the games very closely, and they’ve projected their ideals about heroism onto the Chief, and actually given him far more personality than we ever have. So I’m not contradicting anything you’re saying, I’m just explaining the intent, and we certainly have got opinions contrary to yours, of people who enjoy that, and there are definitely Master Chief fans who’ve been literally asking for this.”

“I don’t think any of [Chief’s] Blue Team have particularly strong personalities,” says O’Connor when I ask about the challenge of maintaining emotional connection while jumping players between perspectives. “They’re not overwhelming you with things in the game. That’s in deliberate contrast to the much more chatty, less stoic Team Osiris. But when Chief’s with his team, there’s enough information coming that it does work as a kind of surrogate for Cortana’s absence, for her Virgil role where she’s leading you through the Inferno.”

“I think the difference is that instead of being Odysseus this time, it’s much more of an ensemble piece. And in some ways I’m reminded of Return of the Jedi, where you have these perspectives that you switch between places and people, and each of the sets of people has a specific task in a specific place.”

You can’t please everyone

It’s not meant to be subversive

“From my perspective, it’s just an organic flow of people and ideas no matter what. So while 343 taking over from Bungie was obviously a big deal, it wasn’t unnatural, because we would do that every time we shifted generations or platforms, or every time we did a sequel. Everything would be a new face. Even at the top.”

“So to me, it’s never felt like the Alan Moore example, where a radically new voice comes in and upends things or subverts them. It’s always been more of a natural evolution. And Halo 5 in particular is, I think, in a very literal way, delivering on the promise teased in Halo: Combat Evolved. You’d look out at the skybox and you’d imagine these big battles, you’d imagine you were a superhero, because really then you were running at the same speed as a marine. You could flip Warthogs [militarized jeeps in the game], but you didn’t feel all that super-powered in the grand scheme of things. So through the games there’s been this natural evolution of gameplay, this natural expansion of scale. It’s never been about passing it on to a new auteur with radical new ideas, but about developing something incremental, sensible and occasionally controversial.”

“I think the interesting thing for me is, as I’ve gone back and played the older Halo games, to me they always felt like Halo,” says O’Connor, talking about the gameplay’s partial return to form. “But it’s funny to go back to something like Halo 3 and feel the really significant differences, and they may be only a couple pixels wide, but as you know that can make all the difference in the world. But the thing I’m really enjoying in Halo 5, is that with the new modes of gameplay, the new mobility, the ground-pound and charging, they’re going to allow people to chain together beautiful moments.”

“Now I think we’re going to have this almost Matrix-like, organic superhero stuff happening. It’s still very much recognizably Halo, but you’re going to see someone leap off a building, snipe a couple of guys on the way down, finish off with a ground pound to take out a vehicle, and plant a plasma grenade on a Hunter in a game of Warzone. And that I think will really change up how Halo looks when you’re watching eSports. It’s one of the things that we did very deliberately. We wanted the game to not only be fun to play, but to be really fun to watch, so you’re not just seeing someone with a powerful weapon getting multiple kills for an hour. You’re going to see beautiful and skillful chains of ideas and moves that I think are going to look beautiful on screen.”

The next game will feature a “much more human story”

“Without giving away too much, at the end of Halo 5, as you well know, the universe has changed so fundamentally that we have no choice but to tell what I would call a much more human story in the next game,” says O’Connor. “Will it be an ensemble game? I think certainly we feel great internal success with the cooperative play in Halo 5, so I think it’s something we’re heavily invested in and we won’t simply abandon.”

“But my hopes for the future of the universe are that we can tell a realistic story. I saw a complaint online, somebody had been reading spoilers, they hadn’t played the game, and they said ‘Why is this character evil?’ And my question back to them is, ‘What makes you say they’re evil?’ Certainly a lot of our younger players are going to struggle with that subtlety, that nuance, because they’re expecting Darth Vader.”

“It’s our job to make this better, to make this untrue, but games right now have to tell stories in a certain way,” says O’Connor. “People expect it. There’s patterns people have become used to. But I think one responsibility every game developer has is to try to make that storytelling experience better. Not just for games on TV sets, but for virtual reality and so on. What’s the best way to tell a story? To immerse people in the story without the gameplay dissonance you were talking about earlier?”

“So we have to come up with this sort of Citizen Kane that really modernizes that method of telling stories. We’re not there yet, but lots of people are making great strides. Sometimes we’re following in those footsteps, sometimes we’re trying to do things ourselves. But I think one of the reasons our Hunt the Truth tie-in podcast worked so well, is that we’re using a fully established medium for telling stories. And I hate to say this because so much work goes into Hunt the Truth, but it’s easier than making a game. You can control what people are listening to in a radio play, taking then down a very linear process.”

“In a game, we’re still running into these weird, artificial barriers to telling a great story. And we keep knocking them down, every year. Sometimes it comes from a big game like BioShock, sometimes it’s a smaller indie game. The longer this industry exists, the better it gets. Fidelity isn’t just pixels, it’s also experience, and I think we’re getting better and better at it.”

“You asked me what I’d be excited about in the future, and certainly in terms of interactivity, I think games or methods of gameplay that aren’t simply shooting interest me,” says O’Connor. “I’d love to go do a xenoarcheological expedition to the original Halo ring. You know, take some scientists down, drive around, catch samples, do some detective work, maybe there’s a mystery. And it wouldn’t require shooting. It’s the universe and environment that can still be exciting, even without action. So that’s one of the things I’d love to see us invest more in.” 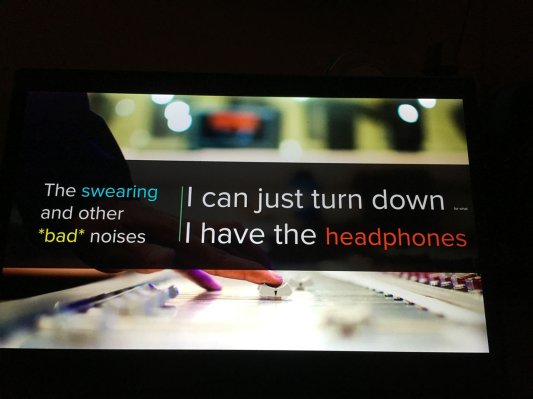 This Kid Made the Ultimate PowerPoint to Convince His Parents to Let Him Play GTA V
Next Up: Editor's Pick