Who's to Blame for the U.S.'s Bombing of Doctors Without Borders Hospital?

With three simultaneous investigations underway, authorities are likely months from deciding whether a U.S. airstrike on a Doctors Without Borders hospital in Afghanistan was a war crime.

The likelihood of an international prosecution is remote, experts say.

But the case might lead to military trials in both countries, where prosecutors could seek convictions for the decisions that led an American AC-130 gunship to open fire on a trauma center during fighting for the city of Kunduz, killing at least 30 people, including including 13 charity staffers.

In the end, if anyone is found criminally liable for the Oct. 3 bombing… 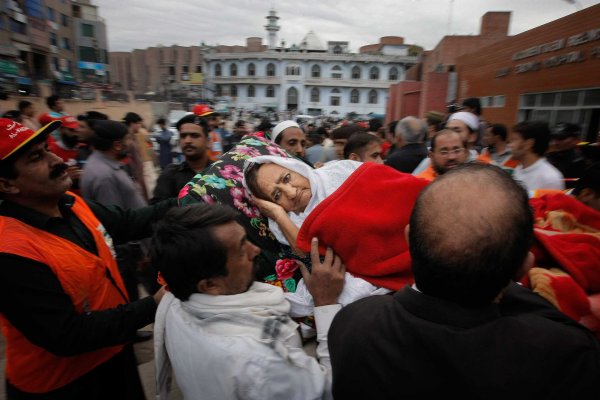 Scenes From the Aftermath of South Asia's Earthquake
Next Up: Editor's Pick