The consolidation in the drugstore industry continues apace.

Walgreens Boots Alliance confirmed earlier reports on Tuesday that it would buy smaller rival Rite Aid in an all cash deal for $9.4 billion and assume its debt.

The resulting company will be a pharmacy giant with nearly 13,000 U.S. drugstores, easily dwarfing CVS Health, as well as the large Boots chain in Europe, which Walgreens finished buying last year.

Walgreens Boots Alliance is paying $9 a share, a 48% premium to Rite-Aid’s closing price on Monday, and an enormous jump on a stock that only a few years ago was trading around $1 as Rite Aid was almost crippled by debt from big acquisitions a decade ago.

The Walgreens-Alliance Boots deal has established the largest pharmaceutical wholesale and distribution network with over 370 distribution centers catering to more than 180,000 pharmacies, doctors, health centers and hospitals in 20 countries.

And with the addition of Rite Aid, the company will expand its retail footprint and more pharmacies to compete with CVS, which is about to take over Target’s pharmacies, but also have a lot more clout with healthcare payers and generic drugmakers, said one expert.

“Walgreens is doubling down on its retail footprint. And it will have enormous negotiating power with payers and suppliers,” said Dr. Adam Fein, president of Philadelphia research firm Pembroke Consulting.

Another attractive asset is the pharmacy benefits manager Rite Aid bought this year for $2 billion, Envision Pharmaceuticals Services. While tiny compared to CVS Health’s Caremark business, which generates more than half that company’s revenue, and Express Scripts, having a PBM could allowed Walgreens Boots Alliance to get a better position in that market, and as Wall Street firm Cowen & Co put it last month in a research note anticipating this deal, give it “something to experiment with.” 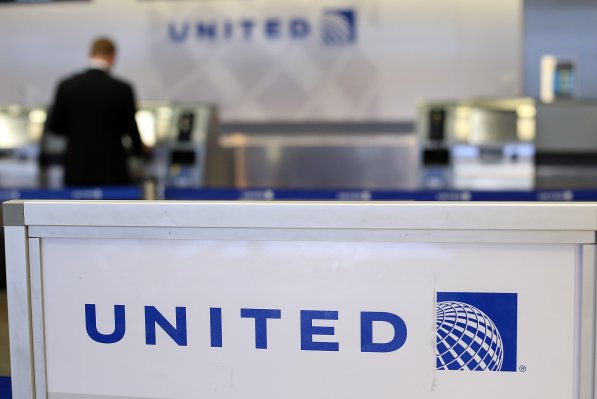 United Apologizes for Forcing Disabled Man to Crawl Off Plane
Next Up: Editor's Pick