13% of Americans Have Tried E-Cigarettes

Use of e-cigarettes declined with age and overall about 3.7% of adults in the U.S. currently used them.

The researchers also found that use of e-cigs in 2014 was highest among people who were current smokers or were recently former smokers.

“One of the main findings is that a majority of e-cigarette use is among those who recently quit smoking,” says Dr. Avrum Spira, an e-cigarette researcher at Boston University. “That reflects a potential, albeit yet unproven, benefit of the e-cigarette product in terms of helping smokers switch to a potentially “safer”—not “safe” as we know little about consequence on exposure—product.” Spira was not involved in the study.

The researchers found that overall, the percentage of people who had never smoked regular cigarettes but had tried e-cigarettes was 3.2%. The highest among that group were people between ages 18–24 at 9.7%.

“That is a very high percentage and raises concern that young people are starting this product not as an attempt to quit smoking but rather as a new behavior,” says Spira. “Given that we do not yet know the health consequences of e-cigarettes and many of them contain nicotine which can be addictive, it is concerning that such a large fraction are starting to use this product.” 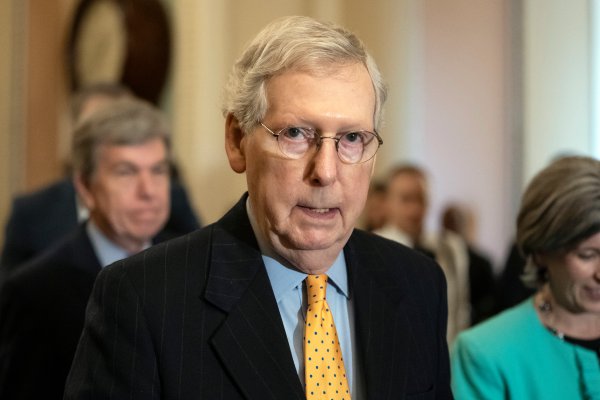 Mitch McConnell Wants to Raise Tobacco Purchasing Age From 18 to 21, Including for Vaping Devices
Next Up: Editor's Pick