The Reason Election Day Is Tuesday

It was in 1845 that Congress passed the law that first established a uniform time for electing the President and Vice President: “on the Tuesday next after the first Monday in the month of November.”

Why Tuesday? As Senate Historian Don Ritchie has explained to NPR, the date was chosen because it would allow people to avoid traveling on a Sunday or giving up work on Wednesday, which was traditionally market day.

Fair enough. But why set a fixed date at all? Because letting each state decide when to have its elections was creating a bit of chaos, as Yale Law School’s Bruce Ackerman explained in a New York Times op-ed that was read into the Congressional record in 2000. In an attempt to game the system, many states picked a day that would allow them to have the most influence on the results. There were advantages to being late as well as early: voting at the beginning of a contest could influence ballots cast in subsequent states, while voting last could give a state the honor of being decisive. (Although scheduler beware: until 1816, some states’ elections were held too late for their votes to count in national contests, per the Library of Congress.)

Not everyone was happy when the push to set a single election day came up for debate—and, decades after the 1845 change, in discussions of extending the policy beyond the executive offices, the reason became clear. “I dislike to give up…this political prestige that we have there,” Maine Congressman John Peters said in 1871. “We want in the future, as we have had in the past, the position of indicating to the country the first sentiment on great political questions.”

Peters never did get his wish. But more than a century later, voting times could be changing once again: just as the law once condensed the timing of elections, some now believe that expanding the time allotted to vote makes more sense for the modern world. 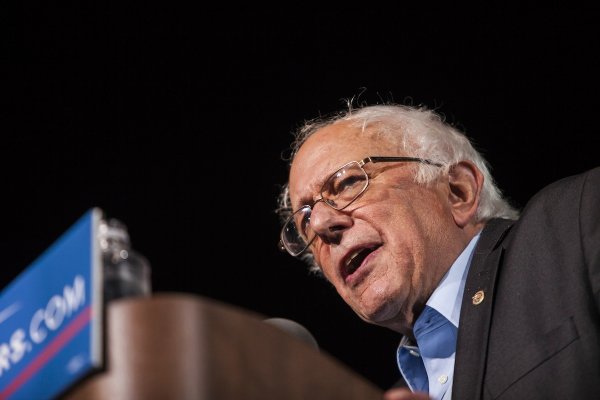 Bernie Sanders Isn't the Only Famous Democratic Socialist in American History
Next Up: Editor's Pick