Abby Wambach #20 of the United States celebrates the 5-2 victory against Japan in the FIFA Women's World Cup Canada 2015 Final at BC Place Stadium on July 5, 2015 in Vancouver, Canada.
Dennis Grombkowski—Getty Images
By Eliana Dockterman

All time leading scorer in the history of international soccer Abby Wambach announced her retirement on Tuesday. Her last game for the U.S. will be against China on Dec. 16 in New Orleans, the final stop on Team USA’s World Cup victory tour.

“After much deliberation and talking with my friends, family, teammates and our coaching staff, I’ve decided to finally bring my soccer career to an end,” Wambach said in a press release. “While we still have more work to do for women’s soccer, after bringing the World Cup back to the United States this summer, I’m feeling extremely optimistic about the future of our sport. It’s been an amazing, wonderful ride and I can’t wait to see what the next chapter of my life brings.”

Wambach, 35, said many times this summer that the 2015 World Cup would likely be her last. Team USA winning the Cup after beating Japan 5-2 in the title game likely cemented her decision. The two-time Olympic gold medalist had until Tuesday remained unsure as to whether she would be able to participate in this summer’s Olympics. Her decision to leave soccer before the tournament will have a major impact on Team USA’s chances in Rio.

The announcement came just hours after President Obama honored the team at the White House. “This team taught all America’s children that playing like a girl means you’re a badass,” the President said.

Wambach is credited with helping make women’s soccer a sensation in the U.S. She scored 184 goals over the course of her 15-year career, more than any other international male or female soccer player in the history of the game, and she led the USA in scoring in every world championship that she ever played. Her famous goal in the 122nd minute of the 2011 Women’s World Cup quarterfinal against Brazil will go down as one of the greatest moments in sports history. 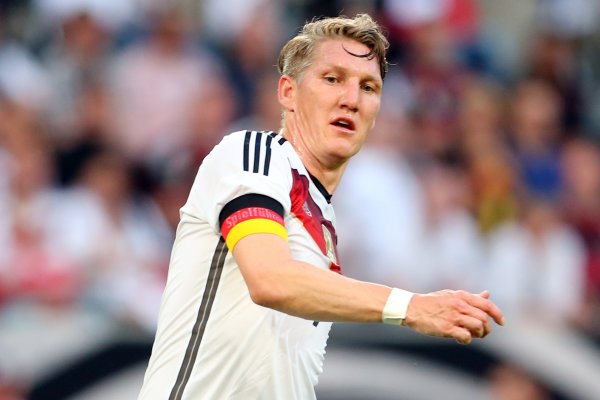 German Soccer Star Schweinsteiger May Sue Over Nazi Doll
Next Up: Editor's Pick