A Minnesota couple that decided to include their dog in their engagement photoshoot ended up with a picture of their furry friend that they will never forget.

Megan Determan and Chris Kluthe wanted a photo with their mini dachshund Louie because he is such a large part of their family, according to Jezebel. But Louie wasn’t content to sit in the background of the picture, he wanted to be the star of the show.

“Louie is six [years old], but he’s got the heart of a puppy,” photographer Karin Berdal, of DnK Photography, told ABC News. “He had no clue what he was creating for us, but once we got that picture, we were cracking up. I think Megan’s response was ‘Well, that’s Louie. He’s a show stopper.'”

Determan even hinted that Louie purposely posed like he did out of jealousy of Kluthe. “I feel like Louie’s always just kinda like that. Anytime I go to touch Chris, he’s like, no, I want to be pet,” she said. 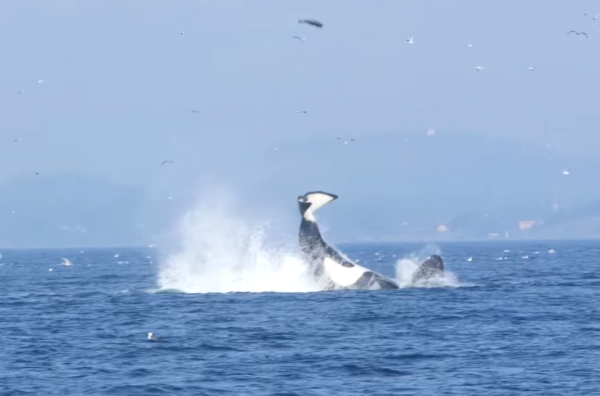 Watch This Amazing Footage of An Orca Punting A Seal 80 Feet In the Air
Next Up: Editor's Pick