This Tiny Gadget Can Make Your Old Car Much Smarter

Voyo's dongle lets you control certain aspects of your car from your phone.
Voyo via Kickstarter
By Lisa Eadicicco

You don’t need to buy an expensive “smart car” to have an Internet-connected vehicle.

A new gadget called the Voyo controller lets you keep track on your car using your smartphone, even if you’re driving an older-model vehicle. The device itself is a small dongle that plugs into the OBD-II port of your car. That port can be found in any car built as far back as 1996, Voyo claims on its Kickstarter page.

The controller allows drivers to perform tasks such as popping the trunk by pressing a button on your phone, tracking a vehicle, and monitoring metrics like mileage, fuel, and CO2 emissions. Users can also opt to receive notifications regarding car malfunctions, driver behavior and accidents, which can be especially useful with shared vehicles (or ones occasionally lent to teenagers). The Voyo can send alerts whenever the car’s antilock brakes are activated, car blog The Drive points out.

A so-called Premium Pack that adds extra features, such as telling the car to automatically unlock the doors the next time you approach it. If you have the Voyo Controller, you can subscribe to get these premium features for $30 per year, $60 for three years, or $100 for unlimited use. Still, the company says these features only work with a smaller subset of vehicles.

Voyo also makes “relays,” or gadgets placed under the hood of a car that work with the controller to extend its functionality. These can be used to turn off the car’s engine when the transmission is shifted to park, or to shut off the ignition when a car is idling by pressing down on the brake.

Voyo’s Kickstarter campaign still has 24 days left to go, but it’s already blown past its $50,000 goal by raising more than $59,000. Those who have pledged $90 or more to the campaign are getting a Voyo controller and unlimited premium services, a package the company says will retail at $200. The offerings available through Kickstarter are expected to ship in February and March of next year.

The campaign comes as auto companies are more closely integrating their vehicles with technology. Apple’s CarPlay, for example, can be found in cars made by Ferrari and Volvo; it’s coming to the new Honda Accord—one of the best-selling cars in America—in 2016. CarPlay makes it easier and safer to use your iPhone while you’re driving as it allows you run your device through the car’s dashboard. Google has a similar platform called Android Auto. 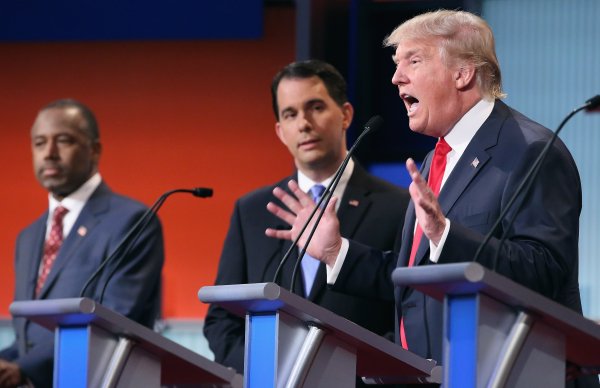