Why You Can Thank the Government for Your iPhone

The new iphone has Force Touch
Apple
By Rana Foroohar

In the movie Steve Jobs, a character asks, “So how come 10 times in a day I read ‘Steve Jobs is a genius?’” The great man reputation that envelops Jobs is just part of a larger mythology of the role that Silicon Valley, and indeed the entire U.S. private sector, has played in technology innovation. We idolize tech entrepreneurs like Jobs, and credit them for most of the growth in our economy. But University of Sussex economist Mariana Mazzucato, who has just published a new U.S. edition of her book, The Entrepreneurial State: Debunking Public vs. Private Sector Myths, makes a timely argument that it is the government, not venture capitalists and tech visionaries, that have been heroic.

“Every major technological change in recent years traces most of its funding back to the state,” says Mazzucato. Even “early stage” private-sector VCs come in much later, after the big breakthroughs have been made. For example, she notes, “The National Institutes of Health have spent almost a trillions dollars since their founding on the research that created both the pharmaceutical and the biotech sectors–with venture capitalists only entering biotech once the red carpet was laid down in the 1980s. We pretend that the government was at best just in the background creating the basic conditions (skills, infrastructure, basic science). But the truth is that the involvement required massive risk taking along the entire innovation chain: basic research, applied research and early stage financing of companies themselves.” The Silicon Valley VC model, which has typically dictated that financiers exit within 5 years or so, simply isn’t patient enough to create game changing innovation.

Mazzucato’s book cites powerful data and anecdotes. The parts of the smart phone that make it smart—GPS, touch screens, the Internet—were advanced by the Defense Department. Tesla’s battery technologies and solar panels came out of a grant from the U.S. Department of Energy. Google’s search engine algorithm was boosted by a National Science Foundation innovation. Many innovative new drugs have come out of NIH research.

Mazzucato’s ideas are fuel for a growing political debate about what portion of the country’s wealth pie should be taken by the private sector. With “activist” investors like Carl Icahn calling for lower tax rates so that big tech and pharma companies don’t relocate to other nations, and share buybacks (in which corporate wealth is essentially transferred back to investors rather than being put into jobs, wages, or new research) at record levels, many liberals like President Obama, as well as 2016 candidates such as Bernie Sanders and Hillary Clinton have called for companies to share more wealth with other stakeholders–like workers and taxpayers.

Back when many of the big government research agencies were founded, the tax system was much different. When NASA was created, for instance, the top corporate marginal rate was 52%. Now, with corporate taxes much lower Mazzucato says there’s another model for the government to recoup its seed investments–countries like Israel and Finland retain equity in firms that come out of basic government research. What’s more, the US government in the past has dictated that companies reinvest money in Main Street rather than giving it back to Wall Street–that’s how Bell Labs was born, after the federal government insisted that AT &T, which was a monopoly at the time, reinvest its profits into big new innovations. With U.S. companies holding $2.1 trillion abroad to avoid paying taxes (Apple’s stash alone is $200 billion) and worker wages still relatively stagnant, it’s an argument that will only gain steam as the 2016 election cycle moves on. 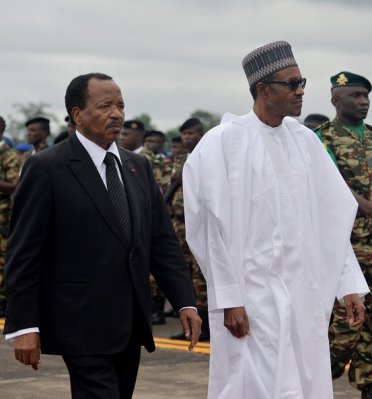 How U.S. Strategy Against Boko Haram Could Backfire
Next Up: Editor's Pick