If you haven’t yet heard, Donald Trump is good at making money.

The Republican presidential candidate’s latest gambit is a slim 169-page book called Crippled America: How to Make America Great Again, which goes on sale next week for $25. If you follow the campaign, or have watched any of Trump’s rallies on cable television, little in the book will be new. He is great. He is rich. People like him. Politicians are terrible. ISIS must be defeated. Illegal immigrants must be deported. Make America Great Again. It goes on.

But anytime the Donald, or his ghost writer, puts down something like 50,000 words—that’s .05 cents a word, for those counting—a few pennies are likely to rise to the surface.

For instance, he finds a common cause with Massachusetts Democrat Elizabeth Warren by agreeing that “there is no reason the federal government should profit from student loans.” He calls the United States government “Uncle Sucker”—a favorite phrase of former GOP candidate Herman Cain—in a passage about the 1992 U.S. effort to kick Iraq out of Kuwait. (Kuwait later repaid Uncle Sam for much of the cost.)

In a passage that could cause problems in the Florida primary, he characterizes the Mariel boat lift, the mass emigration from Cuba to the United States in 1980, as a trick Fidel Castro played on Americans. “He emptied Cuba’s prisons and insane asylums and sent his biggest problems here,” Trump writes of the Cuban leader. “He got rid of the worst people in the country.” Only a small percentage of the 124,000 Cubans who immigrated during the wave were criminals, or insane, which Trump later acknowledges. “Despite there being many, many great ones, some were criminals or had mental problems,” he writes.

Later, he declares, “I’m the richest presidential candidate in history. I’m the only billionaire to run.” Presidential contender H. Ross Perot was a billionaire when he ran in 1992 and 1996.

Finally there are the zingers, which might be worth the price of admission, if they were not already being given away for free every day. Here’s a selection of the best jabs from Trump’s new book, which we found for sale at a Washington, D.C., bookstore a week early.

“President Obama is big on playing golf. But he doesn’t play with the right people. . . . Believe me, I know how to use a golf course—and golf clubs—to make deals.”

“There are some things so obvious that even Joe Biden can see them. Take, for example, the state of our country’s infrastructure.”

“Contrary to the jokes, I don’t think the White House needs any bright neon signs on the roof. No need to add additional wings or sell air rights.”

“Before we build bridges to Mars, let’s make sure the bridges over the Mississippi River aren’t going to fall down.”

“We have three branches of government, but the trunk of that tree is rotting away.”

“Violent climate ‘changes’ are nothing new. We have even had ice ages. I just don’t happen to believe they are man-made. I do agree that so-called global climate change is causing us some problems: It’s causing us to waste billions of dollars to develop technologies we don’t need to fulfill our energy needs.”

“Some readers may be wondering why the picture we used on the cover of this book is so angry and mean looking. I had some beautiful pictures taken in which I had a big smile on my face. I looked happy, I looked content, I looked like a very nice person. . . . But I decided it wasn’t appropriate.” 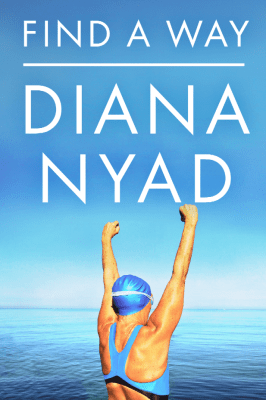 Diana Nyad On Her Date With Woody Allen, Mixed-Gender Sports and Her Next Big Act
Next Up: Editor's Pick