Why Angry Men Are More Influential Than Angry Women

Righteous anger is one of Hollywood’s favorite devices for delineating an inspirational figure. Atticus Finch has it in To Kill A Mockingbird, Peter Finch’s newscaster has it in Network, Mr. Davis has it in 12 Angry Men and Liam Neeson has it in just about everything.

Angry women, not so inspirational.

It has never been clear whether it’s women’s anger that is the problem or the way women display anger. Tears, heightened voices, jabbing fingers: are women just doing anger wrong? Now a new study suggests that female anger is simply less persuasive—to both men and women—no matter how it is expressed.

For the study, 210 undergraduates were on a computer-simulated jury with five other jurors. They were shown arguments, testimony and photographic evidence in a case in which a man is accused of murdering his wife, and asked to make a decision. They then interacted, through typed responses on a screen, with the other jurors as they talked about the case. Four of the jurors agreed with them and one didn’t. For some of the participants, that juror was furious, as communicated by a liberal use of the caps lock and exclamation keys.

None of the responses were from real people, however. They were pre-set into the computer program that the candidates were using. The angry juror’s name was either Alicia or Jason but her/his answers were always the same. At various stages throughout the process, the study participants were asked how confident they felt about their decision.

In total about 7% of participants changed their minds during the course of the experiment. When the juror was not angry, that 7% was split between people who had been interacting with Jason or Alicia. But angry Jason got 18% of people to switch their verdict. Angry Alicia changed exactly zero people’s minds.

The female anger in this experiment was expressed in exactly the same way as the male anger: words on a screen, with phrases like “This is just really frustrating…” and precisely the same number of capitalized letters. So Salerno believes it’s simply the gender that was the problem.

Depressingly, again, both men and women reacted the same way to Alicia and Jason, echoing previous studies that showed both male and female Harvard Business School students would want to work for the aggressive CEO in a business case study when they thought he was a guy, but wouldn’t want to when they thought she was a woman. (Turns out she was a woman, Silicon Valley executive Heidi Roizen.)

Why do people react so differently to male and female anger, even in 2015? Salerno thinks it’s because we believe anger comes from a different source for both genders. “I believe that people are drawing different conclusions about where the anger is coming from,” she says. “Male anger is situational. People think they must really have a reason to be so passionate. It’s situational conviction.”

Female anger, however, is assumed to be coming from within. “Female anger tends to be attributed to something internal,” says Salerno. “People think: ‘That’s just such an emotional person, she’s not thinking clearly.’ ”

Salerno is a little worried the results of her study are going to stop women from expressing their anger. That would be the wrong response. The right response, she says, would be to acknowledge that these implicit biases exist. “I’m hoping this calls people’s attention to to these biases,” she says. “I’m hoping well-intentioned people will catch themselves when they do this.”Also, Hollywood, some kickass female attorney roles wouldn’t hurt. Legally Blonde can only get us so far.

Salerno has another angry juror study underway, she’s already analyzing the data. It’s too early to talk about it but the some of the jurors names were Logan and Emily and others were Lakeisha and Jamal. 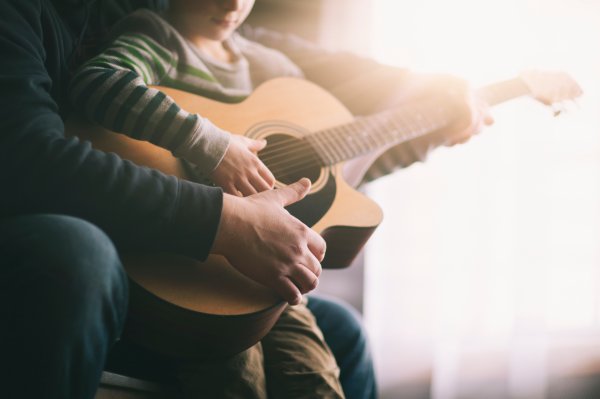 How Music Trumps Reading for Childhood Development
Next Up: Editor's Pick