You Asked: Do I Really Need to Floss?

Every American is taught that flossing—along with brushing and bi-annual dentist visits—is essential to oral health. That’s also the stance taken by the American Dental Association (ADA); by cleaning away the plaque that accumulates between your teeth—the stuff your toothbrush can’t reach—you can prevent both cavities and gum disease, says Dr. Marcelo Araujo, vice president of the ADA’s Science Institute.

Still, when you go looking for science to support flossing’s benefits, the pickings are surprisingly slim.

A 2008 review of the existing research on flossing found the standard advice to floss in order to prevent cavities and gum disease “is not supported by scientific evidence.” Another review from 2011 concluded that flossing may modestly reduce your risk for inflammation of the gums (gingivitis) but doesn’t fight plaque, the stuff that causes cavities. That 2011 review also found some people damaged their gums by yanking down too hard while flossing.

MORE: What’s The Best Way To Whiten My Teeth?

“The benefit from flossing is minimal and research shows it does not have a major impact on tooth cleaning,” says Dr. Damien Walmsley, a professor of dentistry at the University of Birmingham (UK) and a scientific advisor to the British Dental Association. Walmsley says if you’re brushing properly, flossing is a “non-essential extra.”

Of course, many of us are a little haphazard when it comes to our brushing technique. While dentists, including Walmsley, agree you need to brush for at least two minutes twice a day in order to thoroughly clean your teeth, “the average person brushes for 46 seconds,” Araujo says. He says the ADA emphasizes daily “interdental cleaning”—whether you use traditional floss, those little brushes, or a water flosser—because many of us don’t get the job done from brushing alone.

But there’s a practical problem with floss, one that Araujo concedes and many recent research efforts underscore: very few people do it properly.

Ideally—and this is what your dentist is taught—the ADA recommends easing the floss between your teeth and, forming a C-shape around your tooth, slide the floss up and down. Your goal is to scrape away the crud that builds up on the surfaces your toothbrush can’t reach. Snap the floss straight down into your gums, and you can irritate them. “Any time you’re causing trauma to your gums, they tend to recede,” Araujo explains. That recession can lead to sensitivity and other issues such as decay.

Unlike a trained dentist, “in the hands of a regular user” there’s not much evidence that regular flossing does any good, says Dr. G.A. van der Weijden, co-author of the 2008 review and a professor of periodontics at the University of Amsterdam.

MORE: Can Smiling A Lot Really Cause Wrinkles?

If these floss warnings seem like an endorsement for those little between-the-teeth brushes, Araujo says those too can irritate your gums—especially if you have narrow spaces between your teeth. “It’s all about each individual’s mouth, so we recommend talking with your dentist about which interdental cleaning method is best for you,” he says. He also recommends selecting products featuring the ADA’s seal of acceptance, which ensures your floss—or interdental brush, or water flosser—is safe and performs as advertised.

But back to our original question: Is flossing or “interdental cleaning” even necessary? Both Walmsley and Araujo agree thorough brushing is your most effective weapon against dental debacles. Despite the lack of hard evidence, some form of between-your-teeth cleaning may also be helpful, especially if you have largish gaps that tend to grab and hold food debris. (If you usually dislodge chunks of food when you floss, then it’s pretty clear you’re benefitting from the practice, Walmsley says.)

But if you’re not a flosser and your regular dentist check-ups don’t turn up any issues—either with your teeth or with your gums—then you can keep doing what you’re doing, Walmsley says.

“Don’t feel guilty about not flossing,” he adds. “I don’t floss, and I have healthy teeth and gums.” 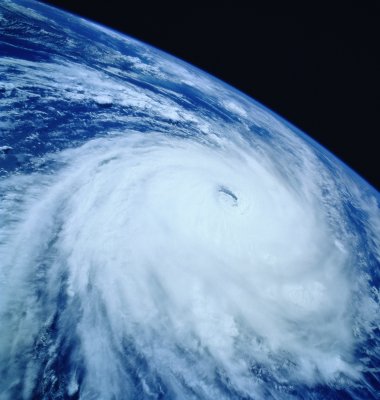 18 Foods and Supplies You Need Before a Big Storm
Next Up: Editor's Pick