The world is witnessing a humanitarian crisis of staggering scale, with up to 10,000 refugees entering Europe each day from the Middle East. As leader of a recent Senate delegation to the front lines of this crisis in Greece and Germany, I have been profoundly moved by the plight of refugee families, and by the determination of everyday Europeans to welcome them and offer a new home. But Europe is struggling with the refugee challenge. It’s time for the U.S. to take on a bigger, more generous role.

The Syrians I met on the Greek island of Lesvos had survived a harrowing odyssey. Nearly a quarter million of their countrymen have been killed, and some four million have fled the country. They are escaping unspeakable violence, hunger and a homeland that no longer offers any hope for their children. They have endured barrel bombs, chemical attacks, indiscriminate shelling and the barbarity of ISIS. To reach Europe, they have been preyed upon by traffickers—including criminals who sell refugee children for sex, for slavery, or for organs. They have risked drowning at sea and suffocation in locked vans.

I was struck by the fact that despite enduring extreme hardship for weeks if not years, many of the refugees are filled with hope. In Athens, we met a 5-year-old Afghan boy who made the trip to Greece with his 13-year-old cousin; this boy proudly gave sticks of gum to everyone in our delegation. In Germany, we met young men from Syria—a former English teacher, a PhD student, an engineer. One man looked ahead to a brighter future and said he would one day be the president of Syria. These refugees were weary and anxious, but also deeply grateful to their European hosts.

Europe is being challenged. But this crisis also challenges the U.S. and the world. At critical moments in history, the global community has faced similar challenges: Jews seeking refuge from persecution and later genocide in Nazi Germany; famine killing millions in Biafra in the late 1960s; the genocides in Cambodia, Rwanda, Darfur and Bosnia. With each of these crises, the world confronted a stark choice: to turn away or to engage.

On Lesvos, we talked with Greeks who operate small businesses that depend on tourists, who no longer come. They said that that the refugees must be their first priority, and that Greeks must help people who are in desperate need.

Millions of German citizens—indeed, people across Europe—have mobilized to meet the needs of refugees. Chancellor Angela Merkel has demonstrated extraordinary moral leadership from the outset of this crisis.

But these noble efforts by European countries, Turkey, Jordan, and other frontline nations are not enough. The scale of the human suffering is overwhelming. President Barack Obama has offered to take in 10,000 refugees over the next year, but Germany has taken in that many in a single day, with no end in sight.

I have urged Homeland Security Secretary Jeh Johnson to share with our European allies the best practices for processing large numbers of migrants, especially unaccompanied minors—expertise that the U.S. has developed on our southwest border. And I applaud Senators Lindsey Graham (R-SC) and Patrick Leahy (D-VT) for sponsoring legislation to provide $1 billion in emergency assistance. Beyond financial aid, the U.S. has the resources to safely vet and process far more than 10,000 refugees.

We also need to deal with the root cause of the refugee crisis: the chaos in Syria. The U.S. should redouble diplomatic efforts and work with our international partners to broker a political solution in Syria. And we need to intensify our campaign against ISIS in both Syria and Iraq.

More broadly, we must not allow Europe to stand alone at this time of crisis. As the leader of the Atlantic Alliance, the U.S. owes our allies generous support and partnership. It’s time for a more robust U.S. response to the greatest humanitarian challenge of our time. 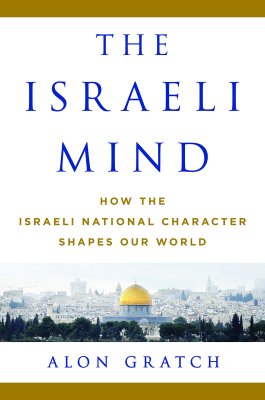 Why Obama Should Walk Away From the Peace Process in Israel
Next Up: Editor's Pick