A Big Change Is Coming to Elevators, And It Matters More Than You Think

Think back to the last time you were in a lobby jam. You know, that pileup of people all waiting for an elevator. Someone has already hit the “Up” button. But as the seconds pass, they seem like minutes, then hours. Another person steps forward and jams their thumb into the already-lit button ten more times. As if that actually does anything.

Soon enough, that move of frustration mixed with desperation may accomplish something. But it’s not what you think.

Elevator company ThyssenKrupp announced Tuesday a smart elevator-monitoring solution called MAX. The cloud-connected service will improve ride efficiency, while also alerting building maintenance staff to potential problems before breakdowns happen. Rolling out for elevators around the world old and new over the next two years, as well as those made by competing lift makers, MAX is driven by a device approximately the size of a cable television box and price of an iPad.

By using MAX, large buildings and skyscrapers can set their elevators to anticipate rush-hour surges in the lobby or on upper level floors that have higher demand. In addition, MAX, powered by Microsoft’s Azure cloud technology, can help drive a wide range of other efficiencies, like keycard connectivity that can automatically whisk riders directly to their floor.

MAX uses the cloud to monitor each individual component of the elevator, so each lift can get planned proactive maintenance before it breaks down, rather than unexpected work afterwards. “We believe we can release 95 million hours for elevators around the world, with the pre-emptive maintenance program we want to implement,” says Luis Ramos, ThyssenKrupp’s head of communications.

Why should you care about a smarter elevator? Research out of Columbia University showed that office workers in New York City spent a cumulative 16.6 years waiting for elevators over the course of just one year. Consider that the world has about 12 million elevators moving around a billion people a day, according to ThyssenKrupp, and it becomes clear that any technology keeping the lifts running smartly and efficiently could boost the productivity of the world’s workforce.

There’s another benefit, too. As cities become denser and their buildings taller, smarter elevators will not only be a boon from a logistical perspective, but also better for managing energy consumption. “Buildings are the largest consumer of energy in the world,” says Ramos, adding that 40% of the world’s power is used by buildings. “Elevators can consume up to 10% of that.”

Back to that call button that people are grinding away at in the elevator lobby. Pushing it harder or more frequently never makes the elevator arrive any sooner. But once MAX-enabled lifts come online, pressing that button longer, harder, or more frequently will at least alert a repair crew to come to replace it before it breaks. 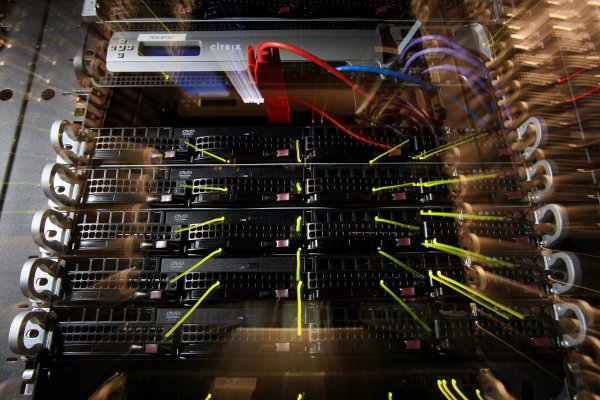 IBM's New Research Could Mean Much More Powerful Computers
Next Up: Editor's Pick