How Indonesia's Fires Are Choking the World

More than 100,000 land and forest fires in Indonesia have engulfed the country in a hazardous smoke, leading to an environmental and public-health crisis that has affected every element of society in this sprawling Southeast Asian nation. Tens of thousands of people have been declared victims of respiratory conditions because of the smoke and the fires alone are now emitting as much carbon dioxide on any given day as emitted by the entire U.S. economy in the same time period.

Widespread fires are nothing new in Indonesia, where farmers regularly burn forests and peatlands to make way to produce palm oil, a key ingredient in a variety of food and consumer products, but experts say the scale of the damage is worse than it has been in a decade. This week Indonesian President Joko Widodo cut short his trip to the U.S. to deal with the problem.

A top concern for Joko upon his return will be protecting the health of his country’s 250 million people. Air-quality conditions have worsened dramatically in recent days with air pollution far exceeding levels deemed healthy by public-health officials. The particulate matter concentration (PM10), which measures small solid or liquid pollutant particles in the atmosphere, was 1,357-micrograms-per-cubic-meter air in the city of Palangkaraya, one of the worst hit areas, according to the Jakarta Post. There is no perfectly safe level of PM10 exposure, but the U.S. Environmental Protect Agency says particulate pollution shouldn’t exceed 150 micrograms per cubic meter for 24 hours in any given community. More than half a million people have been treated for respiratory illness in six affected provinces, according to numbers from the country’s national disaster agency.

The fires are a regular man-made disaster that has been exacerbated by climate and weather patterns. Landowners burn forests in the country at this time of the year to make room for new palm-oil plantations. “This is an amazing crime against humanity,” said Sutopo Purwo Nugroho, a spokesperson for Indonesia’s national disaster agency.

The smoke from the fires is always bad, and this year’s El Niño has worsened the problem. The climate pattern brings torrential rain to some parts of the U.S. but causes drought in Indonesia and elsewhere in Southeast Asia. Once land starts to burn the fires are hard to stop because of the abundance of peat, decayed organic matter that burns easily and almost indefinitely. “Where you have a lot of peat, you get a lot more haze and these absolutely extraordinarily levels of air pollution,” said Sizer.

The fires are also contributing to climate change at a massive scale — by one estimate enough to account for 3% of global emissions since this year’s fires began, according to a Scientific American report. Tearing down healthy forests — which absorb carbon dioxide — also destroys a vital carbon sink that can otherwise slow global warming.

In advance of his Washington visit this past weekend, Joko announced a commitment to stop issuing permits for the development of palm-oil plantations, part of a broader effort to reduce the country’s greenhouse-gas emissions. More than half of the country’s emissions come from deforestation and land destruction. The country, the world’s sixth largest emitter, set a goal of reducing greenhouse-gas emissions by 41% below what they would be without action by 2030 on the condition that it receives support from wealthier countries. The commitment comes before a major U.N. conference on climate change that begins next month that will draw leaders from around the world in hopes of reaching an agreement to reduce global greenhouse emissions.

“One of the main issues we discussed was the issue of climate change,” Obama said after meeting with Joko on Monday, “and why it’s so important in large countries like ours work together to arrive at the strongest possible set of targets.” 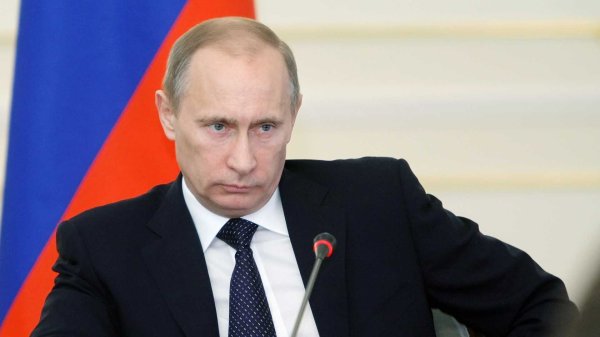 Why European Leaders Are Repairing Ties With Putin
Next Up: Editor's Pick