Carson Inches Ahead of Trump in New National Poll

By Maya Rhodan and Denver Nicks

Retired neurosurgeon Ben Carson has climbed ahead of business mogul slash reality TV star Donald Trump in the latest national poll of primary voters who will soon decide who will become the Republican presidential nominee.

The latest poll from the New York Times and CBS News found 26% of primary voters are in favor of Carson while 22% of voters are in favor of Trump—an advantage worth noting, though it falls between the margin of error. This poll marks the first time Trump has not led a CBS/NYT survey since they began polling voters in July and the second lead of Carson this week. A poll released Monday showed Carson taking a double-digit lead over Trump in Iowa.

Undaunted by his recent slip in the polls, Trump reiterated Tuesday that he’s in the race to win. “I’m in it to the end,” he said on MSNBC, even as he conceded—in a moment of uncharacteristic humility—that “it’s certainly a possibility” he won’t be the eventual nominee. Trump says Carson may now face the spotlight the former frontrunner has been under for months and pointed as well to a not-so-secret weapon he has at his disposal.

“At the right time,” Trump said, “I’m willing to spend whatever is necessary.”

Both non-traditional candidates are far ahead of more veteran politicians in the race. Both candidates have about triple the support of Sen. Marco Rubio, who has 8% of primary voters support while candidates Carly Fiorina and Jeb Bush each have about 7%. Candidates Sen. Rand Paul of Kentucky, Texas Sen. Ted Cruz, and Govs. Mike Huckabee and John Kasich each garnered about 4% support.

The poll comes just one day before the next Republican presidential debate, an event that has in the past caused a shakeup in the polls. The Times, however, points out that it’s too early in the game for many Republican primary voters to know for sure who they’ll cast their ballots for. The majority of those polled—about 7 in 10—have not yet made up their minds, while about 28% are sure.

The poll was conducted via telephone nationally between Oct. 21 and 25. About 575 adults were surveyed and the poll has a margin of error of plus or minus six percentage points. 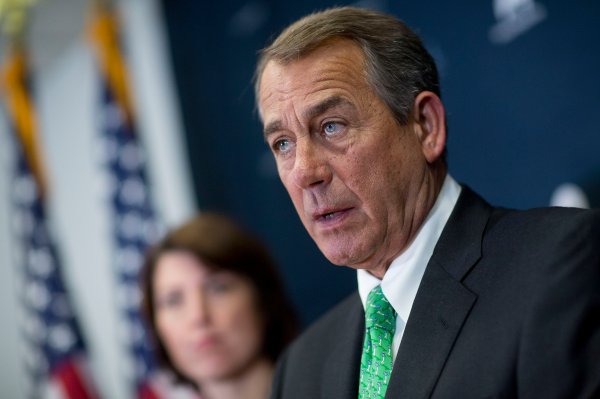