Colombian left-wing guerrillas killed 12 state security personnel who were transporting election ballots to the capital, Bogotá, on Sunday, disrupting what was otherwise one of the least violent regional elections in Colombia’s recent history.

The National Liberation Army (ELN), the country’s second largest rebel group, executed the ambush in Boyacá, a state along the Venezuelan border, Colombian Defense Minister Luis Carlos Villegas told the BBC. The attack killed 11 soldiers and a police officer who had just left a reservation of the indigenous Uwa people after collection 130 ballots. The ELN used explosives and gunshots to attack the caravan, leaving three soldiers injured and six other individuals missing in addition to the fatalities.

Colombian President Juan Manuel Santos said the military would strike back against the rebel group, which has apparently snubbed the ongoing effort by the state and other left-wing guerrillas to bring stability to the war-torn country. Since 2012, the government has worked with the Revolutionary Armed Forces of Colombia (FARC), the country’s largest leftist extremist group, to pursue avenues to peace; earlier this month, government and FARC leaders announced they would collaborate to retrieve and return the remains of the country’s missing dead.

“This shows that the ELN has not understood that this is the time for peace and not for war,” Santos said. “If the ELN think that these acts will win them political space or strengthen them in an eventual negotiation, they are completely wrong.” 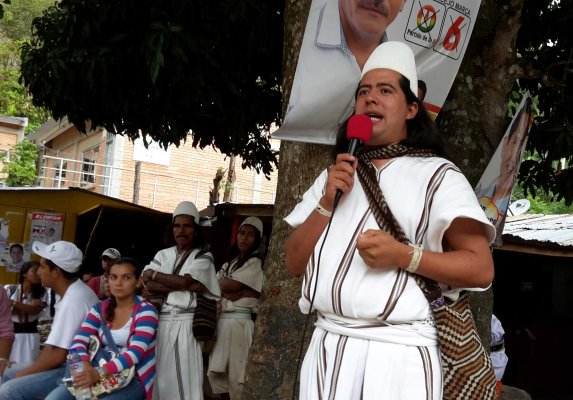 Rigged Colombian Elections Could Be Good for Narcos and Bad for Peace
Next Up: Editor's Pick