A U.S. naval vessel entered waters surrounding controversial Chinese-built artificial islands in the South China Sea on Tuesday in an apparent challenge to Beijing’s assertiveness in the busy shipping lane.

The U.S.S. Lassen, a guided-missile destroyer based at a naval base in Japan, crossed the 12-nautical-mile radius zone Beijing claims around the Subi and Mischief Reefs in the disputed Spratly archipelago, which contains islands that China and several Southeast Asian nations all claim as their own, reports Reuters.

In recent years, China has expanded and transformed the natural reefs into larger artificial islands for no clear purpose, though many suspect the objective is military in nature. The gesture has angered neighboring countries like the Philippines, which says the territory falls within its maritime boundaries. Other nations have also taken to constructing similar artificial islands.

On Monday in Washington, Department of State spokesman John Kirby said the U.S. had not informed Chinese authorities of its decision to send the vessel near the Spratly Islands, tacitly challenging China’s claims to sovereignty in the region.

Beijing said it was investigating the case to verify that the U.S. had indeed crossed the disputed maritime borders.

“If true, we advise the U.S. to think again and before acting, not act blindly or make trouble out of nothing,” said Chinese Foreign Minister Wang Yi, reports Reuters.

Last month, U.S. officials accused Chinese navy ships of coming within 12 miles of the Alaskan coastline while U.S. President Barack Obama was in the state. 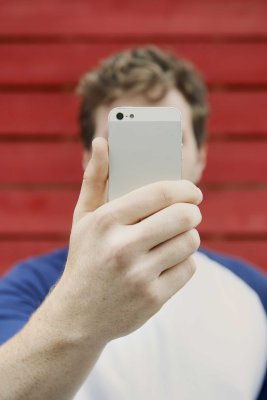 U.K. Railroad Asks People to Stop Taking Selfies on the Tracks
Next Up: Editor's Pick