How Race Influences Why People Die in America

By Alice Park and David Johnson

In the latest analysis published in the Journal of the American Medical Association of a massive amount of government-collected health data from 1969 to 2013, there’s good news. The death rate among Americans, at any given age, from all causes decreased by 43% from 1969 to 2013. In fact, of the six leading causes of death, five showed declines during that period, with only mortality from chronic obstructive pulmonary disease (COPD) increasing.

The death rates from three major causes—heart disease, stroke and diabetes—are starting to flatten after continuous declines. The researchers speculate the death rates didn’t continue their steady decline because the obesity epidemic started to emerge around that time. As Americans became heavier, their risk of these diseases increased, blunting some of the improvements that new drugs, better education and lifestyle changes have made in the morality from these conditions.

Declines in leading causes of death, by sex

The other less rosy news comes from a closer look at the breakdown of mortality trends by race. A TIME analysis of the Centers for Disease Control’s mortality database, used in the JAMA study, provided age-adjusted death rates by race and ethnicity. The graph below shows data back to 1999, when CDC updated disease classifications. While death rates declined among African Americans, they were still higher than those for whites in 5 out of 6 leading causes of death.

Analyzing death rates in this way, say the study authors, is critical to better understanding where our health system is improving the health of Americans, and, perhaps more importantly, where it is not. The fact that declines in mortality for some diseases is beginning to slow down highlights the need to address obesity and its effect on our health more aggressively, while gaps among different racial and ethnic groups stresses the importance of improving access, quality and education about health care to all groups. 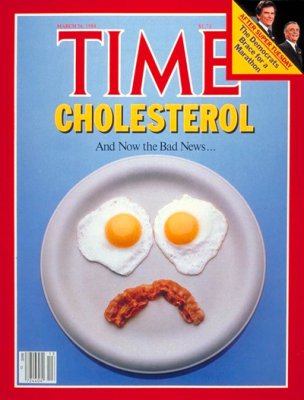 Link Between Bacon and Cancer Had Been Long Suspected
Next Up: Editor's Pick