Here's Why It's So Important to Hire More Female Directors

Putting a woman in the director’s chair makes it much more likely that the film will also achieve gender parity in other behind-the-scenes roles, according to a new study that examines last year’s top-grossing films.

The study makes an ongoing federal probe in Hollywood’s hiring practices all the more urgent. Women made up just 13% of directors who released a film to theaters last year and not even one-tenth of the directors on the 250 top-grossing films.

“The findings suggest that women directors, executive producers and producers may serve and important gateway function in the employment of other women in key behind-the-scenes roles,” Martha Lauzen, who conducted the study of 700 films from last year and acts as director at the Center for the Study of Women in Television and Film at San Diego State University, said in a statement.

MORE: Sandra Bullock is Glad Hollywood ‘Got a Spanking’ Over Gender Pay Gap

The effect of women in directing roles was especially clear in the writers’ room: women made up just over half the writing staff on female-directed films but merely 8% of the writers on male-directed ones.

The study comes at a time when the government is probing Hollywood’s hiring practices for signs of discrimination. Lauzen recently found that fewer women directed films last year than in 1998. Women who do get to direct are often given smaller budgets and face an uphill battle even once their film is made. A legitimate outcry over the Oscars snubbing Selma director Ava DuVernay last year brought issues of sexism and racism in Hollywood to the fore. Following a request from the ACLU, the Equal Employment Opportunity Commission has launched an investigation into the dearth of jobs for female directors in Hollywood.

“Many of these women directors have been told that they ‘can’t be trusted with money’ by studio executives,” Ariela Migdal, a senior staff attorney at the ACLU, told TIME in May. “This isn’t just about stereotypes and implicit bias, it’s about blatant discrimination. We heard over and over again from female directors that they’ve been told, ‘This show is too hard for women’ or ‘You can’t do this movie, it’s action’—this to women who have directed plenty of action.”

Zero Dark Thirty director Kathryn Bigelow told TIME she supported the request when it was launched in the spring. “I have always firmly believed that every director should be judged solely by their work, and not by their work based on their gender. Hollywood is supposedly a community of forward thinking and progressive people yet this horrific situation for women directors persists,” Bigelow said. “Gender discrimination stigmatizes our entire industry. Change is essential. Gender neutral hiring is essential.”

MORE: Kathryn Bigelow: We Must End Gender Discrimination in Hollywood

The new report finds that women make up just 20% of all directors, writers, producers, executive producers, editors and cinematographers who worked on theatrically released films in 2014. Women were more likely to be employed in several behind-the-camera roles if a female director was involved with the film.

Similarly women made up 5% of cinematographers on films made by men and 26% on those made by women.

Women behind the camera aren’t the only ones fighting for work. The center has issued dozens of reports on women’s representation in Hollywood, including one that found women made up just 12% of protagonists and 30% of all speaking characters in last year’s top 250 films.

Even the most high-profile actresses, like Jessica Chastain and Sandra Bullock, have spoken to TIME about the relative lack of meaty roles for women in Hollywood. In the last few years, Gravity star and Oscar winner Bullock has asked her agent to start sending her roles written for men in hopes of finding more interesting parts. (The result is her latest film, Our Brand Is Crisis, in which she plays a ruthless political operative.)

MORE: Jessica Chastain on How Crimson Peak Will Change the Way We View Women in Movies 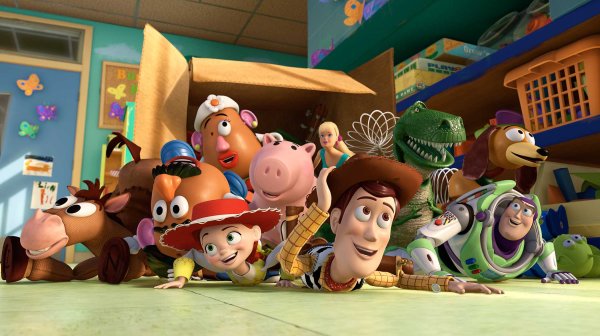