Jaden Smith: 'Being Born Was the Most Influential Thing That’s Ever Happened to Me'

Jaden Smith has become one of the world’s most widely discussed thinkers, and he’s not even able to vote yet.

The 17-year-old dispenses truisms on his Twitter feed—”People Tell Me I’m An Old Soul, But I Will Be Young Forever,” he wrote this year—and in interviews, which he’s made a minor art form in recent months. But Smith has plenty to promote; he hosts a show on Apple’s Beats 1 streaming service, and put out a digital EP, This is the Album, in February. In light of Smith being named to our Most Influential Teens list for the second year in a row, he spoke to us about his favorite philosopher, his critics, and his preferred political candidate.

TIME: You’re going to be 18 next year. Are you excited to vote?

Smith: Am I excited to vote? I would say I am and I would say that I’m not. I love to be a part of groups of people that have a voice that are trying to say something; no, because of the way that the votes are counted state-by-state. It makes people feel like their votes don’t count. I feel like voting is very important. Is there someone that is in office that represents you and the things you stand for?

I would love for there to be a female president. It hasn’t happened, so that’s why it should happen. Once you get into office, you have lobbyists and you have a lot of different things where you’re not even making the decisions. It’s up to the corporations, or the Federal Reserve, or whoever’s giving the money to whoever needs the money. So at the end of the day, it’s going to be up to the lobbyists or the corporations for whatever they decide should happen. It would be a nice change. I’m not saying that everything would be better if that happened, but it would be cool.

Every time you make one of your pronouncements, the internet seems to go wild. Why do people care so much?

I ask myself the same question. People really only care if there’s something that they can make fun of and if it’s something that’s 100 percent true or if I’m starting to talk about pesticides and Agent Orange in the Vietnam War and stuff like that, I don’t feel like people will necessarily care unless there’s an aspect that you can laugh at.

No. That’s the nature of human beings that are not aware.

Who is your favorite philosopher?

Last year, when we included you alongside figures like Malala Yousafzai and Malia Obama, there was some pushback from people who don’t understand or respect your influence. What accounts for this?

I’m not on the same level of those people that say those types of things, and I don’t look at life the same way that they do, so I couldn’t say why they do those things. I wish I knew, but I think it’s an unawareness of certain aspects of life.

What do you think is the most influential thing you’ve ever done?

If pop culture lends itself to misunderstandings, why are you involved in the entertainment industry? Why do you go to awards shows?

I like to make music because I’ve been making music since I was 7. I can get across the things that I want to say in my music so that I don’t have to say anything. I don’t have to speak out about the things I believe; I can say them in my music. The listeners, the people that take the time to listen to my music, are the people that will be receptive to my message. And the people that will just read one of my interviews are not necessarily the people that will be receptive, because they’ll say “I was just flipping, and saw this, I’m just going to read it.” If you put on one of my songs, you’re a dedicated fan, and you’re open to hearing what I have to say. And awards shows, I only go because my friends are there. And I want to see my friends. That’s why I don’t walk the red carpet, because I don’t care for you to comment on what I’m wearing, and how I’m wearing it, and who wore it better. Because I bought it from a thrift store for $5. A lot of people probably wore it better. I want to see my friends talk, speak, give people awards, accept awards, but that’s the only reason.

When you release music, it’s not in the conventional album format. Why not? And when will we get a full-length Jaden Smith album on iTunes, if ever?

I just wanted to show people that a fifteen-year-old can think of things that they can’t and get it done in a way that they didn’t, and it’s so easy and simple to do. I just wanted to show people that’s possible and if they think outside the box a little, they could do something crazy. Let’s say Rihanna had dropped her album like that or Katy Perry had dropped her album like that, all of their fans would have gone crazy with the amount of content that Katy Perry and Rihanna could be uploading on those apps just like this. I just wanted to show them, “Hey, I’ve thought about an app album since I was nine, or whenever apps came out. Dude, you can do this.” And it took a 15-year-old to design it, pay for it, and get it out into the world for free. I actually am working on a more conventional album. It’s unconventional to me, because a conventional album for me is an app. It’s an extremely unconventional album for me. It’ll be conventional for everyone else.

How does your outlook on your own career differ from your father’s, on his?

You would have to ask him. His thoughts are equally if not more complex than mine, and more individual, in a way that I’m still learning and understanding. You would have to have a full conversation with him. His philosophies on life are extremely interesting and valuable, so I couldn’t speak on his, compared to mine; I haven’t fully understood his yet, nor have I fully understood mine. That’s the journey of life.

Have you gotten closer to understanding his point-of-view with age?

100 percent. I understand more every day that I spend with him, because he understands more every day that he lives, and he’ll share his thoughts with me, and the things he’s realized. He’s just trying to crack the code of life and relationships, because that’s what life is. He’s trying to crack the codes of human relationships, and living, and loving, and at the end of the day we all just want to be happy. So those are the logical standpoints that he spends all the time trying to understand.

What does your future hold? How will you be an influential 20something?

My whole goal is to heal the entire planet. People say, “I want to change the world.” You can change the world for better or for worse. I want to heal the whole world like a superhero would do. As far as the future, you’re going to stop seeing me in about 10 years. You will no longer know where I am, who I spend my time with, the clothes that I wear, if I have kids, if I don’t have kids, you will not know. I will be out of the sight of all people. That’s why I choose to live my life the way that I live now, in society, because by the time I turn 30, I will be completely gone, and it will be a 100 percent mystery of where I am and what I’m doing. Products will be released from wherever I am, the undisclosed location, to actually help the world, to bring water into homes in Africa, create free energy that we don’t have to pay for so that we can start living in the world that is not full of commerce, death, war and the struggle and the fight for oil and the struggle and the fight for water and people taking all the power from everyone and keeping it all for themselves. My job is going to be to balance out the whole planet so that everyone can be working together to make things better.

Read next: Kylie Jenner: I Want To Be “An Inspiration for Young Girls” 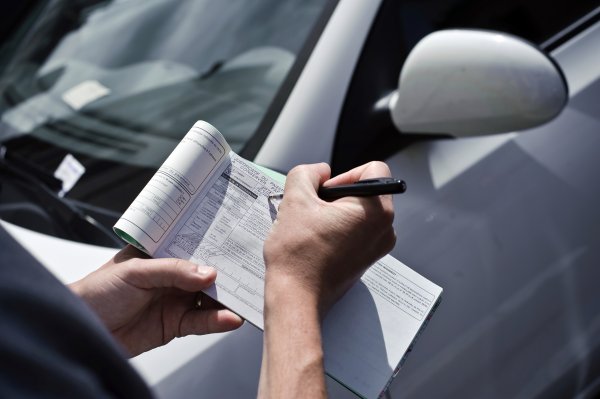 This Driver Was Ticketed For Using a 'Zombie Baby' in the Carpool Lane
Next Up: Editor's Pick