David Bowie has plans to release his 25th studio album, the artist confirmed on his personal website Sunday. After rumor spread about the project, the 68-year-old performer announced he will debut Blackstar on Jan. 8, 2016, which also happens to be his 69th birthday.

Bowie’s latest installment will be led by the title-track single “Blackstar,” due out Nov. 20. While early reports hyped the album as the singer’s “strangest” and “oddest” recording yet, a release from Bowie’s camp about Blackstar clarified, “Contrary to inaccurate reporting on the sound and content of the album, only the following can be confirmed: The single will be released on November 20th and is not part of David’s theatre piece Lazarus. The album will be released on David’s birthday, January 8th 2016.”

This is the latest contribution in a busy few years for the Grammy winner. Following the 2013 release of The Next Day, Bowie dropped the compilation album Nothing Has Changed in 2014, and released the Five Years (1969–1973) box set just last month. He’s also been hard at work at the aforementioned Broadway production of his musical Lazarus, which recruited Michael C. Hall, Cristin Milioti, and Sophia Anne Caruso, among others for the stage production.

“Blackstar” will also feature during the opening credits of the British television show The Last Panthers. “I showed Mr. Bowie the two first episodes in the rough state they were at the time, and he liked what he saw very much,” director Johan Renck said in a statement earlier this month. “We discussed the various aspects of the show; naturally the plot line, but also the underlying currents of guilt and personality flaws. We talked about the dark heart of Europe. We talked about the biblical aspects of human nature.”

Check out a tease of “Blackstar” in the credits sequence below. 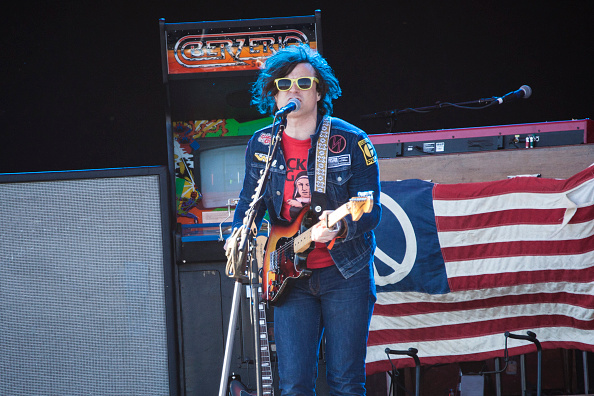