Link Between Bacon and Cancer Had Been Long Suspected

When TIME published its now-iconic frowning bacon cover in 1984, the story focused on only one potential problem with the beloved meat: cholesterol. Researchers have since come to identify a range of other potentially harmful effects, leading to the World Health Organization’s announcment that the International Agency for Research on Cancer has now classified processed meat as carcinogenic.

While the report does not say definitively what accounts for the link, researchers have long suspected nitrates—a type of preservative found in many processed meats—as a potential culprit.

In the early 1970s, consumer advocate and future presidential contender Ralph Nader took aim at the Department of Agriculture, charging that the agency privileged the desires of “agribusiness” over its mandate to protect citizens. One particular target of his interest was the list of chemicals that appear in meat without consumers’ knowledge. “The problem is that residues of many invisible chemicals remain in the meat, endangering the final consumer, man,” TIME noted. “Some, like nitrite and nitrate preservatives, can be poisonous under certain conditions.” (Nitrites and nitrates are related but non-identical compounds.)

By 1978, the U.S. Assistant Agriculture Secretary for Food and Consumer Services ordered a reduction of nitrites in bacon due to a suspected link between the preservatives and cancer. As TIME later explained, that was the year a scientist at the Massachusetts Institute of Technology found that rats who consumed a nitrite-rich diet developed lymphatic cancer at a rate nearly double that of other rats in the study. The meat industry sued to prevent the order from going through, arguing that it would lead to a rash of food-poisoning cases and higher costs.

By 1980, the pro-nitrite side had won. As TIME reported in September of that year, sodium nitrite was at the time added to $14.5 billion worth of food each year, in order to prevent bacteria growth and to preserve the pink color of the meat, and a government follow-up to the cancer study had been unable to confirm its conclusions:

Still, the government said that further research into the potentially carcinogenic qualities of preservatives would be conducted. By 1982, the National Academy of Sciences issued a report recommending that lowering consumption of smoked, pickled and cured foods might help decrease the risk of certain cancers.

The new WHO report does not answer whether nitrites and nitrates are to blame for its warning. But it is unequivocal on one count: consumers and scientists who studied bacon had reason to be concerned. 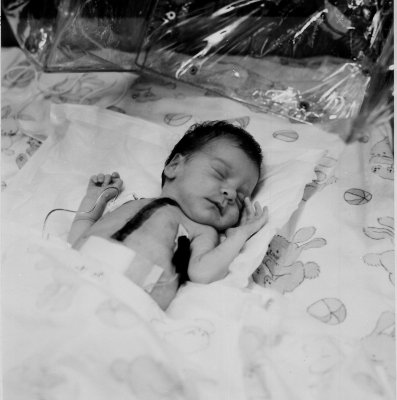 What Happened When a Baby Girl Got a Heart Transplant From a Baboon
Next Up: Editor's Pick