Earlier this month, 42 Republicans and 176 Democrats used a rare procedural process to force the House of Representatives to take up a bill to reauthorize the U.S. Export-Import Bank. The House will vote Monday on whether to resurrect this federal agency, which often benefits foreign governments and a few corporations at the expense of the American taxpayers.

Congress let the Export-Import Bank expire when its charter ran out in June. Lawmakers did so for one reason: As then-Senator Barack Obama said in 2008, the bank is “little more than a fund for corporate welfare.”

The Export-Import Bank is a New Deal relic originally created to subsidize American exports. The theory was that taxpayer-backed financing would boost American small businesses in the global economy. But reality looks different.

The Export-Import Bank does help some companies export their products—roughly 2% of America’s exports are financed by the bank. But the vast majority of the bank’s money doesn’t benefit small businesses. Instead, it goes to multi-national companies with multi-million dollar profit margins. According to an analysis from the Mercatus Center, 10 corporations received 64% of the bank’s financing in 2013—and roughly 30% went to just one business, Boeing.

Why should hardworking American taxpayers subsidize these corporate profits? The Congressional Budget Office predicts that the Export-Import Bank will lose $2 billion over the next decade. That number could quickly grow if the economy takes a turn for the worse.

Since the bank expired, the bank’s beneficiaries have launched a furious lobbying campaign to convince Congress that the sky will fall if they don’t get their subsidies. Yet these special interests ignore that the Export-Import Bank actually harms the economy.

Tim Carney at the American Enterprise Institute has shown that when the Export-Import Bank helps a company export, that company’s rivals are automatically put at an unfair disadvantage. They don’t have the same access to taxpayer handouts. Similarly, when a foreign company buys an export with the taxpayer’s help, its American competitors suffer.

The largest portion of the bank’s portfolio deals with aircraft exports. When foreign airlines use the bank to buy U.S. planes, they get a leg up on their American competitors. The Air Line Pilots Association estimates that the bank’s preferential treatment of two foreign airlines—Emirates and Air India—has eliminated 7,500 jobs here at home. This number would grow if you added in the hundreds of other aircraft deals financed by the bank.

More broadly, Daniel Ikenson at the Cato Institute found that nearly every sector of American manufacturing gets harmed by the bank. Appliances, electronics, textiles, and nearly 200 other industries others are among the bank’s victims, losing more than they gain from benefits. All told, this costs American companies in these areas at least $2.8 billion every year.

This money should be used to create jobs and grow the economy instead. When the House of Representatives votes on this issue, will they put Americans’ interests ahead of special interests? 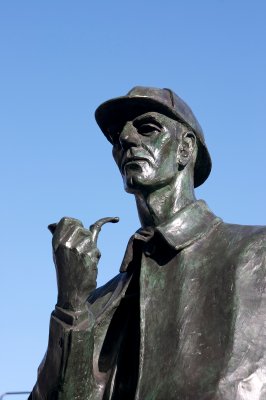 How to Approach Life Mindfully, According to Sherlock Holmes
Next Up: Editor's Pick