A television comedian with no prior political experience won Guatemala’s presidential election by a landslide on Sunday, capitalizing on a corruption scandal that engendered national hostility toward the country’s ruling old guard.

“As President, I received a mandate, and the mandate of the people of Guatemala is to fight against the corruption that is consuming us. God bless and thank you,” Morales said as he watched the votes come in.

Morales had been atop the election polls since early September, after President Otto Pérez Molina stepped down in the face of a bribery scandal. Pérez Molina is now in a military prison, and a comic actor has taken his place — a sign, many say, of a long-standing frustration with Guatemala’s political elite reaching its boiling point. Voter turnout was low.

“We are tired of the same faces,” Ana Fuentes, a street seller, told Reuters. “Jimmy Morales doesn’t really convince me; I was not even going to vote. But he is the only option.”

Morales has attracted scrutiny for his lack of political experience, with some saying his campaign simply capitalized on popular distrust of the government to ensure an outsider’s victory.

“He has no program and no team,” said Hugo Novales, a Guatemalan political analyst. “But discontent is so high that those issues aren’t a priority for your average voter.” 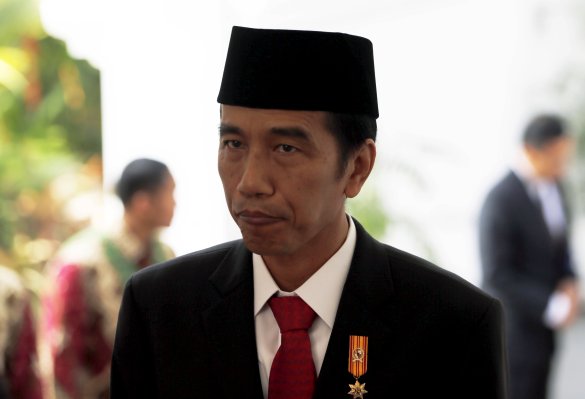 Four Priorities for Indonesian President Joko Widodo as He Arrives in Washington
Next Up: Editor's Pick