Newly released deposition video from the “Blurred Lines” lawsuit shows Robin Thicke repeatedly confirm he wasn’t sober in any of his 2013 interviews, including an appearance with Oprah.

“With all due respect, I was high and drunk every time I did an interview last year,” Thicke, 38, says at one point in the deposition video, which was unsealed by a federal judge in L.A., according to KABC.

(He made similar comments in previously obtained deposition transcripts.)

In the deposition video, Thicke also says he is not an honest person.

The interview was recorded on April 23, 2014, according to a time stamp.

Asked in the video if he was drunk and high in a specific media appearance, Thicke says, “I didn’t do a single interview last year without being high on both.”

He says in the video that he only began citing Marvin Gaye when discussing “Blurred Lines” because other people did.

“I tell whatever I want to say to help sell records,” he says at another point in the video.

Thicke has also said he was drunk and high while in the studio recording “Blurred Lines,” according to deposition transcripts.

Thicke and Pharrell Williams, his “Blurred Lines” co-writer, were deposed as part of a lawsuit brought against them by Marvin Gaye’s family. The relatives claimed that “Blurred Lines” copied from Gaye’s 1977 song “Got to Give It Up.”

In March 2015, they were found guilty of copyright infringement and ordered to pay and estimated $7.3 million.

“This [the deposition video] is old news. The songs are still different and we look forward to complete vindication on appeal,” Howard E. King, attorney for Thicke and Williams, 42, said in a statement to KABC.

Thicke’s reps didn’t immediately respond to a request for comment from PEOPLE. 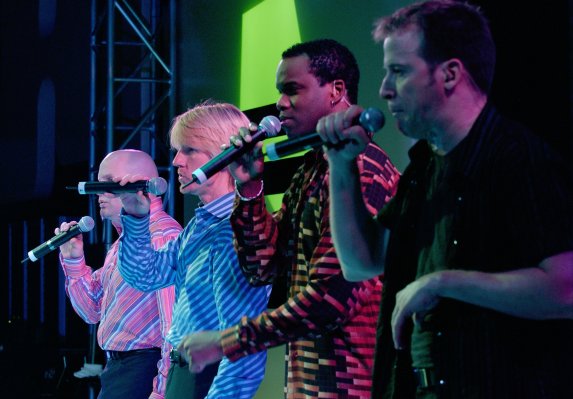 Watch Rockapella Reunite to Sing 'Where in the World is Carmen Sandiego?'
Next Up: Editor's Pick