How Hurricane Patricia Compares to Katrina in One Photo

Hurricane Patricia has been downgraded to a tropical depression, but not before gaining notoriety as the strongest hurricane on record in the Western Hemisphere. So how does it compare to another major storm, Hurricane Katrina?

As the photo comparison shows, Patricia (on the left) covered a much larger area at its peak than Katrina (right), though both were Category 5 Hurricanes. But when the eye of Patricia’s storm made landfall on Friday night in southwest Mexico, maximum sustained winds were estimated at 165 mph, according to the Weather Channel; Katrina, in comparison, saw maximum sustained winds of around 140 mph when it made landfall near Grand Isle, La., according to the National Weather Service. Patricia reached a peak of 200 mph sustained winds, compared with Katrina’s 175 mph. However, when measuring a storm’s size (as opposed to its strength), meteorologists often think about the diameter of the storm’s eye. And it turns out the Katrina’s eye actually had a diameter more than 4 times as big as that of Patricia.

And of course, while Patricia made landfall in a sparsely populated area, the eye of Katrina’s storm was nearby to New Orleans; location is everything. 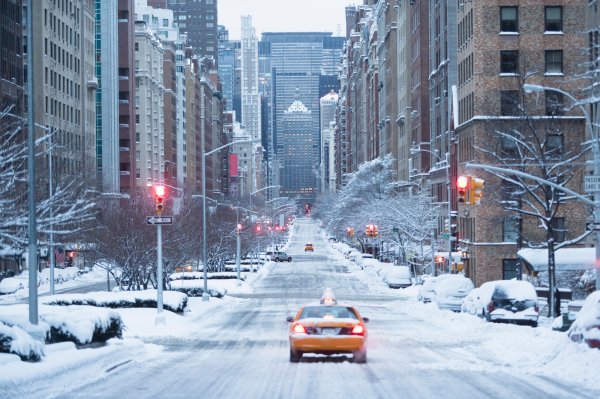 See What Winter Will Be Like Where You Live
Next Up: Editor's Pick