Casting the title role in Steve Jobs was no easy task — in part because the late Apple co-founder still looms large in the popular consciousness, and in part because of how thoroughly the character dominates the film.

During the movie’s closely covered development process, such big-name stars as Leonardo DiCaprio and Christian Bale circled the Jobs role only to pass, and the German-Irish actor Michael Fassbender ultimately donned the iconic black turtleneck.

According to screenwriter Aaron Sorkin, the most important qualification for the Jobs role was sheer acting talent.

“I know that when [Fassbender’s] casting was announced there was some bewilderment because he does not look anything like Steve Jobs,” Sorkin said in a recent Sirius XM Town Hall. “But the script doesn’t ask anybody to do a physical impersonation of the character that they’re playing, especially not Steve.”

In fact, Sorkin had another surprising suggestion for who might have played Jobs, had he been in the right age range. “If he were a little bit younger, Denzel [Washington] would have been a great choice in this part,” Sorkin said. “The physical resemblance doesn’t matter. Being an actor with serious chops matters. Having game matters — and Michael does.”

The Sirius XM Town Hall with Sorkin can be heard on EW Radio Sirius XM 105 all weekend long, and anytime on SiriusXM on demand. 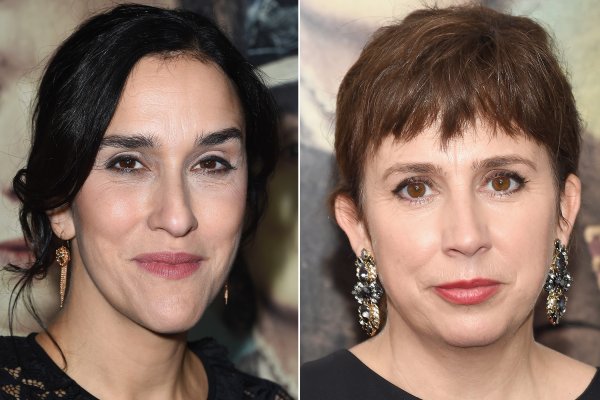 5 Lessons for Women in Hollywood From the Makers of Suffragette
Next Up: Editor's Pick