How to Do Problem-Solving Right

They think that the reasons for something are immediately accessible to them, even if they have no clue.

No matter how complex or difficult, no problem results in an “I don’t know.”

Frequently found wearing suits and spending a lot of time in meetings, they prefer to tinker with things they do not understand rather than doing nothing.

In Antifragile: Things That Gain from Disorder, he writes:

They think that the reasons for things are, by default, accessible to them. They know the cause and effect of everything, or at least that’s what they think.

Because they mistake what they don’t know for the non-existent, they exhibit a strong — if mistaken — regard for the powers of reason.

They lack humility and respect for the first law of ecology: we can never do merely one thing.

Any action we take, and in this case inaction is a course of action, results in some unwanted consequences.

According to Taleb, the problem with the fragilista is that they “make you engage in policies and actions, all artificial, in which the benefits are small and visible, and the side effects (are) potentially severe and invisible.”

They are the doctors who intervene too much in the body’s natural ability to heal, prescribing powerful medications with small benefit and possibly severe side effects.

There is the management fragilista who: (1) introduces a bureaucratic solution to what is really a people problem; (2) manages by best-seller; (3) seeks refuge in the false security of best-practices; (4) fails to come up with reasonable benchmarks for judging performance of solutions; (5) does everything and thus does nothing; etc.

There is the policy fragilista who feels that continuous interventions into the financial market are necessary for stability.

The point isn’t to avoid risk or even intervention but rather to be humble about our knowledge, or lack of it.

To know when we should avoid small, immediate, and visible benefits that introduce the possibility for large (and possibly invisible) side effects. Less is more.

This isn’t foolproof but one possible way to counter the fragilista is to ensure rationale is explicitly (and publicly) stated up front.

When we mess with an existing (complex) system we’re intervening; we can never do merely one thing. 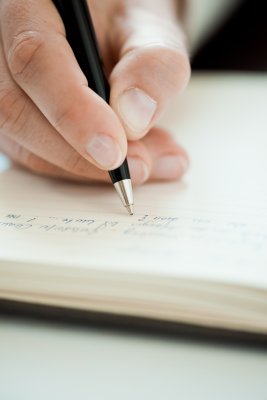 This Is the No. 1 Ritual You Need to Do Every Day
Next Up: Editor's Pick