At last, the world can witness a troop of parachuting beavers landing in backcountry Idaho: after a fish and game historian discovered delicate, mislabeled film of the phenomenon and the Idaho Historical Society released it on YouTube earlier this week, the flying beavers have become the Internet’s latest favorite animal.

The footage remarkably shows professional trappers packing the beavers into ventilated boxes and dropping them from airplanes for relocation, as a solution to beaver overpopulation in some areas. The idea seems absurd (as well as potentially lethal, though no beavers appear harmed in the film) but the long-lost footage — from around 1950, as Boise State Public Radio reports — comes with plenty of records to prove that the burgeoning beaver population really was a problem in mid-century Idaho.

However, TIME accounts of contemporary Idaho beaver problems show that concern about the beaver population wasn’t the only reason the government would have wanted to relocate the rodents. In fact, there were also significant economic benefits to the relocation program.

Lumpy distribution of beavers was causing a problem in the state: in overpopulated areas, they were damaging the rural land with their damming tendencies. In underpopulated areas, water needs weren’t being met. The goal was to allow the entire beaver population to flourish productively, raising its population to the estimated 200,000 that could be supported by the land. TIME reported as early as 1939 that the Interior Department had been trapping beavers and releasing them in eroded areas, so that they would build dams and promote a more even distribution of moisture:

In 1941, Idaho beavers made national news in the pages of TIME once more when five specimens crucially stabilized a water supply in Salmon, Idaho, “saving the city the cost of a dam.” Beaver trappers moved the beavers in a more conventional manner in that case, but it’s clear that—by land or by air—the beavers could help Idaho just as much as Idaho could help the beavers.

The cost of building a dam wasn’t the only money involved in the beaver-moving project. Popular Mechanics Magazine ran a 1949 feature on the parachuting Idaho beavers, which also mentions that the trappers working with the effort were able to keep some of the animals for themselves, to sell their fur coats. At a time when the beaver population was estimated at 90,000 in Idaho, beaver trappers were allowed to only skin a few for their own profit, and then took care of the rest of the beaver population in designated areas.

Here’s more on the parachuting rodents:

The parachuting strategy has since faded out of practice.

Steve Nadeau, Fish and Game’s Idaho fur bearer manager told the AP, “We haven’t done airplane drops for 50-plus years, but it apparently worked pretty well back then to re-establish them in remote places.” 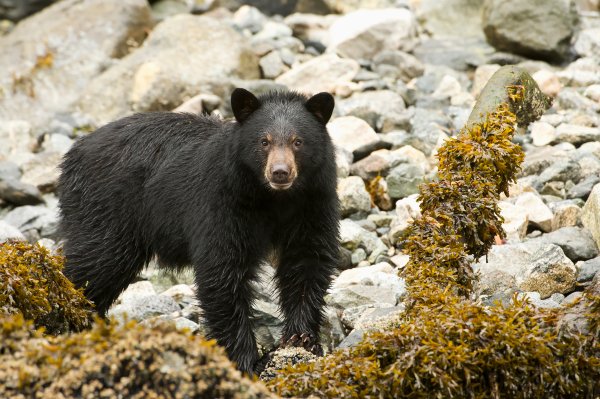 This Bear Is Having the Time of Its Life Playing With Hay in a Random Backyard
Next Up: Editor's Pick