After days of peaceful student protests over a steep hike in university tuition fees marked by severe police crackdowns and the liberal use of stun grenades, South African president Jacob Zuma bowed to activists’ demands on Friday. In a short televised statement the embattled President announced that for the next year at least, tuition costs would not change. “We agreed that there will be a zero increase of university fees in 2016,” he said, conceding victory to a student movement that has surprised many in South Africa with its discipline and unity of purpose. Though protests in Pretoria erupted into chaos earlier on Friday, with activists tearing down security fences and setting portable toilets alight, most of the other marches remained peaceful, despite a strong police crackdown.

The protests, which started at Johannesburg’s University of the Witwatersrand last week over a proposed 10.5% increase in fees for the 2016 academic year, soon spread to a dozen other campuses across the country, culminating with a student march on parliament buildings in Cape Town on Wednesday and another on government offices in the capital, Pretoria, on Friday. Campuses were closed for the week as university representatives and government officials in the ministry of higher education attempted to hammer out a response, first proffering a cap of 6% increase before backing down in front of an even more vehement student response. Student activists maintained that any increase in fees would lead directly to a decrease in the number of poor black youth able to attend university, a potent argument in a country that is still struggling to get over the legacy of apartheid, where black students were largely denied quality higher education.

Commentators on TV and radio called the students’ campaign, marked by the hashtag #FeesMustFall, a victory and hailed the action as South Africa’s “Education Spring.” Others pointed out that even without an increase, education at South Africa’s public universities, which averages around $3500 a year, is still well out of the reach of many in a country where salaries are low and unemployment hovers around 25 percent. “Correct me if I’m wrong, but doesn’t ‘Too expensive’ plus 0% still equal ‘Too expensive’” tweeted Marnich Winterbach, from Johannesburg.

Zuma may be able to push through a temporary halt to rising costs, but his pledge does little to address the larger issue of how South Africa’s education system is failing the country’s future: the generation born after the end of Apartheid in 1994, known as the “born frees.” South Africa has one of the widest income gaps between rich and poor on the continent, worse even than in the days of Apartheid. A good education helps close that gap. But only if the poor can access it as well. 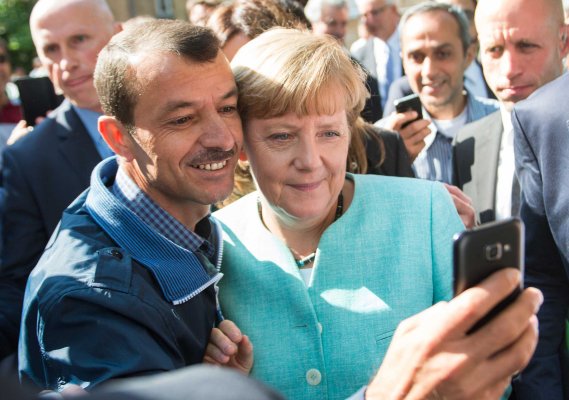 Germany Will Push for Compulsory E.U. Refugee Quotas
Next Up: Editor's Pick