Earlier this month, Daniel Craig admitted he’d “rather slash [his] wrists” than do another James Bond film after Spectre, and his relentless criticism continues.

In a new interview with The Red Bulletin, the actor dryly shuts down Bond’s purported chivalry. What can audiences learn from 007 and apply to their day-to-day lives? Nothing, according to Craig.

“Let’s not forget that he’s actually a misogynist,” Craig said. “A lot of women are drawn to him chiefly because he embodies a certain kind of danger and never sticks around for too long.”

The “very strong women” Bond surrounds himself with, in contrast, “have no problem putting him in his place.” In the upcoming Spectre, one such character is Monica Bellucci’s Lucia Sciarra, whom Craig rejects labeling as an older woman: “We’re talking about Monica Bellucci, for heaven’s sake. When someone like that wants to be a Bond girl, you just count yourself lucky!”

In theaters Nov. 6, Spectre is the fourth and possibly last time Craig will play the iconic character.

“What I need right now is to stop working, relax and get back to normal life,” he said. “There’s one thing I actually find more exciting than Bond at the moment: going home.” 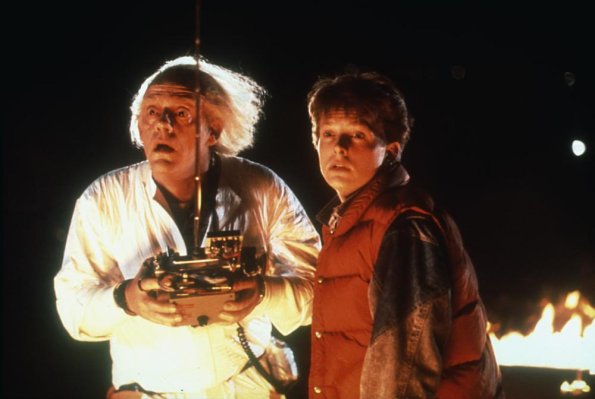 How the World Celebrated Back to the Future Day in Memes
Next Up: Editor's Pick