Jeff Bezos, founder and chief executive officer of Amazon Inc. and new owner of The Washington Post, leaves from the newspaper's offices after a meeting in Washington, D.C., U.S., on Wednesday, Sept. 4, 2013.
Bloomberg—Bloomberg via Getty Images
By Kevin Kelleher

Outside of its core retailing business, Amazon has had its share of stumbles. Its tablet has disappointed, its original programming (excepting Transparent) is a far cry from HBO, its Kindle e-reader has never really made a profit. And let’s not even mention the Fire smartphone.

Earlier this year, Wall Street analysts figured Amazon’s cloud computing business would lose money as well. That was a big worry. If Amazon was offering free two-day shipping and deep discounts in its store, where would its profits come from?

We now have the answer. The cloud business is indeed profitable. Very profitable. And it’s getting more so each quarter.

Amazon said Thursday its revenue grew by 23% in the third quarter — not bad for a company that will see $100 billion or more in revenue this year — and that it earned 17 cents a share in net income. That came as a pleasant surprise to Wall Street, because analysts had been expecting a net loss of 13 cents a share.

The biggest reason for that surprise was Amazon Web Services (AWS). Amazon began offering the cloud-computing platform to startups a decade ago, but its customer list now includes big companies like Netflix and Comcast as well. Amazon’s cloud business saw its revenue rise 78% to $2.1 billion last quarter. And its operating profit rose more than five times, hitting $521 million.

To put that in perspective, AWS made up only 8% of Amazon’s revenue last quarter, but it made up 52% of its operating profit. The cloud business’ profit was bigger than the rest of the company combined. Some commentators in the press and on social media suggested this discrepancy in segment profits showed how uneven Amazon’s divisions are.

Make no mistake. This is very good news for Amazon overall. The company has long pursued a strategy of growing its revenue by offering low prices as well as free two-day shipping for Prime subscribers. The lack of profits on Kindles was also by design: By selling more e-readers at low cost, Amazon could sell even more e-books. It’s the classic Gillette razor business model.

In other words, if you are a Prime subscriber or avid Amazon buyer, you’re benefiting from AWS even if you know nothing about AWS. Its growing profits are keeping investors happy while Amazon continues to push for lower costs for retail customers like you.

And investors seem happy indeed. After Amazon reported its earnings, its stock rose as much as 11% to $629 a share in after-hours trading. That came after Amazon rose a further 8% during active trading Thursday. At the day’s peak, Amazon’s stock traded at an all-time high, having more than doubled so far this year.

Amazon’s cloud business is by no means an overnight success story. The idea emerged in 2003, when company engineers tasked with growing the system that powered Amazon’s online stores realized that the standardized, automated, web-based infrastructure could be sold to other developers as a pay-as-you-go service.

At the time, companies like salesforce.com were developing similar business models. But Amazon saw a need among independent developers and software-based startups, many of which lacked the financial or technical resources to build their own infrastructure. Suddenly, these small players had access to the same computing technology Amazon had been building for more than a decade.

“We can take all the things that used to be fixed costs and let people pay by the drink,” Amazon CEO Jeff Bezos said in a 2006 interview. “It’s letting people create a business by remote control.” Around that time he also predicted at a tech conference that “we think it can be a meaningful, financially attractive business one day.”

Nine years later, AWS is that and more. Amazon’s early entry into the cloud services, coupled with its deep understanding of data infrastructure, has kept it the leader in the cloud-services market, even as big name rivals like Microsoft, Oracle, IBM, Google and others have been trying to compete.

Of course, the overall cloud-computing market has grown big and complex enough that not all cloud companies are competing directly with Amazon, which has focused more on offering servers and storage for others to run their software on. But the cloud in general has been hurting traditional IT companies. Just this week, HP said it would shut down its public cloud, an AWS-like service it offered clients. Instead, HP will support its customers on Amazon’s public cloud and Microsoft’s Azure platform. Also this week, VMWare’s stock plunged 16% on concerns its business would fall prey to Amazon as well. A survey of companies that write apps for use in the cloud showed 40% of them relying on Amazon’s servers. None of Amazon’s competitors came close.

Part of that market dominance may have to do with Amazon lowering prices on its cloud offerings eight times in the past 18 months, all while adding new features like the Aurora database engine. In a Thursday call to discuss earnings, Amazon CFO Brian Olsavsky said that growth rates and margins “will certainly remain lumpy and bumpy.” For now they’re heading up, with operating profit rising to 25% of revenue from 21% three months ago.

The lion’s share of Amazon’s business, though, remains its massive retail operations, which saw revenue grow 20% to $23 billion (or closer to 27% factoring out the strong U.S. dollar). Amazon has remained popular with online shoppers in part because of its data infrastructure keeps its stores running smoothly.

After a decade of offering that same computing machinery to a growing number of other companies, Amazon can lay claim to a second thriving business, one that is currently among the fastest growing in tech. And, perhaps more importantly, it’s a steady engine for the profit growth Amazon investors have craved for years. 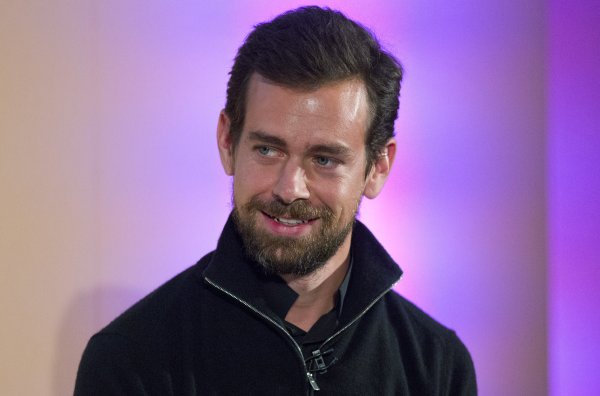