5 Secrets to Making Your Office Ultra-Productive

If there’s a symbol of today’s startup economy, co-working spaces—slick, open concept, and fully wired shared offices—might be it. According to the latest data from the Bureau of Labor Statistics, 15.8 million people freelance in the U.S. That’s more than 10% of the full-time workforce. And outside of attic offices and coffee shops, they need a place to get the job done.

Enter companies like WeWork. Founded in 2010, WeWork now runs 56 shared offices from Austin to Amsterdam aimed not only at creative output, but also amping up productivity. Considering that their customers actually pay to work in their spaces—compared to most people, who are paid by companies to work—WeWork must be doing something right.

Here’s five ways WeWork optimizes its offices for getting the job done, along with suggestions for how you can apply those ideas to your own workspace.

“Happiness, the feeling of positivity, really is the foundation of productivity,” says WeWork cofounder and CEO Miguel McKelvey. WeWork’s theory is that if you come into the office with a frown on your face, your likelihood of dominating the day is going to be pretty low. To keep everyone whistling while they work (only not, since whistling in an office is super annoying), the company posts a lot of colorful, creative, inspiring quotes in their spaces. But before you start imagining the “Hang In There!” kitty, think more like “Don’t Quit Your Daydream” in a fun font.

But you don’t need to be a graphic designer or creative genius to spread the joy. Instead, just reach into your smartphone’s massive photo collection and make an album of your favorites. Using Picmatic on an iOS device or Digital Photo Frame Slideshow on Android gear, you can have a rotating selection of smiles right next to your monitor, reminding you what you’re working so hard for in the first place.

When you enter a WeWork office, you’ll notice the company sets up shop in buildings that have daylight streaming in from multiple directions. In order to maximize the amount of natural light that streams through the space, says McKelvey, WeWork makes interior walls out of glass. And if that’s not possible, it will strategically plan where it places solid walls, so as not to block people’s access to daylight.

There have been countless studies about the affect of sunshine (or the lack of it) on workers. From concerns over dark spaces causing a lack of vitamin D to unnatural light screwing up our circadian rhythms, it’s pretty clear that cube dwellers need the sun, just like everyone else.

If you don’t have the ability to set up shop near a window, installing smart lighting systems like Osram Lightify or the Philips Hue system are a great way to fend off the blues. Not only do both of these smart light setups offer web-connected timers and a range of soft to bright light, but they also have light strips which are great for indirect lighting. Just stick them in a place that’s out of eyeshot, and the glow will trick your mind into thinking you’re outside.

3. Create an air of accountability

When the walls come down in an office, they get filled with an air of accountability. “Just the fact that everyone can see each other, now they become accountable,” says McKelvey. And even in a space where people are working for themselves, the concept translates. It’s like the idea of studying at the library in college—being surrounded by hard-working people will likely make you work harder too.

But sometimes it’s hard to resist the lures of productivity-killers like social media. If you just can’t stop yourself, apps like Freedom can force that accountability upon you. By blocking you from distracting apps and websites, the service—which is available on everything from Android to Windows—can add hours back onto your workday. And with no more looking over your shoulder, you’ll be free for a lot more head-down working.

4. Add the element of surprise

One way WeWork tries to stimulate creativity for its clients is by adding some unexpected flourishes to its offices. For instance, the company often decorates its spaces with art projects or installations. “Many of our buildings have large format murals that are of varying subject matter, and we’ve found that those are the sort of things that make people stop, digest, and absorb,” says McKelvey. And since most of WeWork’s spaces are in urban environments, the company has found its customers tend to favor street art or graffiti.

One way to instantly inject some color into your workspace is TuringArt, a subscription-based art service that sends framed works to your home or office for a fee starting at $15 per month. With a selection of thousands of artists—and tasteful curation, of course—the service will ship 30-by-24-inch or 20-by-16-inch works to your door, and includes free shipping whenever you want to swap it out for a new piece.

At WeWork’s New York City headquarters, McKelvey deliberately chose not to have an office—instead he defaults to the company’s common area. “It’s not necessarily better for me, but it’s better for the people who are looking for me,” he says. In this way, he’s deliberately increasing the likelihood that he’ll bump into employees with whom he’d otherwise not encounter. And by not leaving those encounters to chance, McKelvey says he’s able to get more done, whether it’s verbally answering an email that might be languishing in his inbox, or collaborating with someone in a department with whom he might not typically work.

But you don’t need to be a high-powered CEO kicking it on the company couch to take advantage of this strategy. Set a reminder on your smartphone to take a walk every day — whether it’s through the halls of your company or simply to the coffee shop downstairs. This is a smart move because chance is not going to come find you at your desk. Getting off your chair and away from your work even for a few minutes will dramatically increase the odds that fate is going to deal you a surprise hand — or at least the increased blood flow will boost your creative juices. 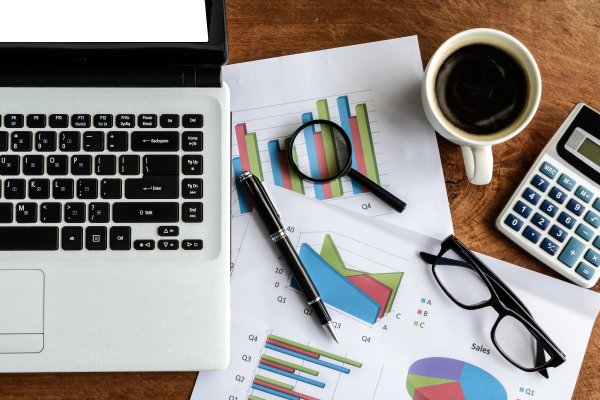 5 Excel Secrets That Will Make Your Boss Think You're a Pro
Next Up: Editor's Pick