German Chancellor Angela Merkel (R) has a selfie taken with a refugee during a visit to a refugee reception centre in Berlin, 10 Sept. 2015.
Bernd von Jutrczenka—EPA
By TIME Staff

Germany is likely to push for compulsory, permanent E.U. quotas to resettle hundreds of thousands of people from the Middle East in Europe, The Guardian reports.

Like the European Commission, Berlin wants to make the proposed quota schemes “permanent and binding”, but more than half of the E.U.’s 28 member states are opposed. In September, E.U. leaders agreed to redistribute 160,000 asylum-seekers already in Greece and Italy between them – a fraction of the 615,000 people who have arrived in Europe so far this year.

According to the Guardian, policymakers in Berlin now say that German Chancellor Angela Merkel is keen to forge deals with third countries – notably Turkey, currently hosting 2.2 million Syrian refugees – to relocate large numbers of people directly into Europe. In return, countries like Turkey would have to commit to keeping all other migrants and refugees safely in camps – which means Europe would also need to give significant financial aid to Syria’s neighbors.

Berlin expects to take in one million refugees this year, but Merkel is increasingly looking to Turkey to help stem the flow, visiting Istanbul over the weekend to discuss plans.

Merkel has previously expressed her frustration with other European countries that have resisted pressure to take in refugees, amid the worst crisis the continent has seen since the end of the Second World War. Hungary’s prime minister Viktor Orban, however, accused Merkel of “moral imperialism.” With European leaders divided over how to solve the crisis, an ambitious permanent scheme to resettle refugees is likely to remain far off.

Read next: Why the E.U. is offering Turkey billions to deal with refugees 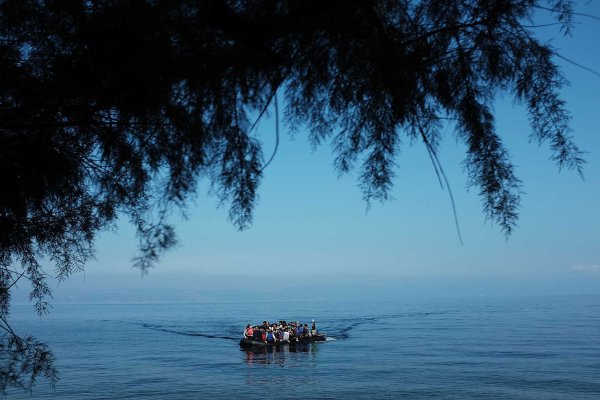 Why the E.U. Is Offering Turkey Billions to Deal With Refugees
Next Up: Editor's Pick