Two Internally Displaced People carry belongings on their heads in Kuernynag in Jonglei State, which borders Upper Nile State and Unity State, on May 2, 2015
CHARLES LOMODONG—AFP/Getty Images
By Mark Rivett-Carnac

Nearly 4 million people in South Sudan face “severe food insecurity” with tens of thousands existing on the brink of famine, starvation and death, the U.N. warned in report issued Thursday by UNICEF, the World Food Programme and the Food and Agriculture Organization.

This is the first time since the nation’s civil war erupted two years ago that parts of the population fell into the fifth and most dire stage of food insecurity, “catastrophe.” Some families now endure on a single meal a day of water lilies and fish, the statement said.

“Livelihoods have been severely affected by high inflation rates, market disruption, conflict-related displacement, and loss of livestock and agricultural production,” said Serge Tissot, the head of the Food and Agriculture Organization in South Sudan.

The crisis has crept into previously unaffected areas, like the Bahr el Ghazal states in the country’s west. And even as South Sudan enters harvesting season, a time that usually promises some hunger relief, a third of the population lacks necessary nutrition.

Making matters worse, the violence of the civil war has cut off humanitarian access to those in need in Unity State. The sliver of land on the White Nile risks deteriorating into famine without aid, the U.N. groups warned.

“Agencies can support, but only if we have unrestricted access,” said Jonathan Veitch, a UNICEF representative in South Sudan. “If we do not, many children may die.” 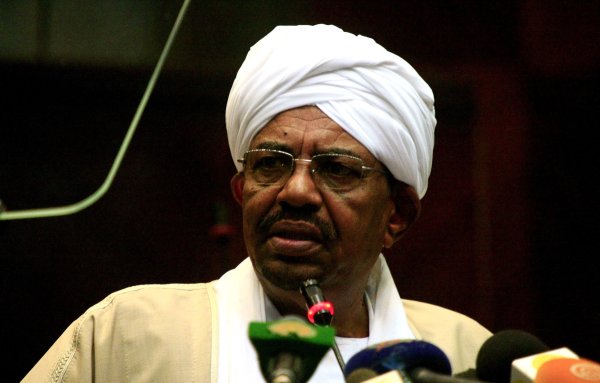 India Prepares to Host Sudan's al-Bashir Despite War-Crimes Charges
Next Up: Editor's Pick