What Einstein Got Wrong About the Speed of Light

Einstein hated the quantum sandbox, especially the part about entanglement. It’s not at all hard to believe that two particles separated by great distances can indeed influence one another via some field or wave, but that information can travel no faster than light speed. If the particles are one billion light years apart, it should take one billion years for something you do to one to have an impact on the other. The idea that that could happen with no time lag at all was something Einsten dismissed as “spooky action at a distance”—and he wanted no part of it.

But now, an experiment at Delft University of Technology in the Netherlands suggests that the great man’s objections notwithstanding, spooky action at a distance is real. And with that, the entire field of quantum physics gets a big boost.

The principle that was supposed to make quantum entanglement impossible is known as local-realism, which conforms to Einsteinian physics by establishing that any signal from any sender to any receiver must obey the light-speed limit (that’s the local part) and that outcomes are fixed and determined before an object is observed, not as a result of the observation (that’s the realism part).

In 1964, physicist John Bell of CERN (The European Organization for Nuclear Research), developed the equations that freed quantum physics from the strictures of local-realism, defining mathematically how particles can be entangled in such a way that they are both part of what is known as a single wave function—instead of each particle being defined by its own wave function. Start by thinking of the particles as identical twins with the same DNA; then think of those same twins sort of sharing the same body—and sort of not. OK, that second part requires a bit of a leap, but never mind, the math adds up.

Even Bell, though, didn’t pretend that he had nailed the quantum case down completely. His equations still contained two loopholes: the locality loophole (the possibility that the particles are communicating across a small enough space through an efficient enough mechanism that they are indeed not violating light speed); and the detection loophole (that your equipment may be in some way flawed, so that the particles either weren’t properly entangled in the first place, or that you’re inaccurately analyzing the influence they have on each other).

To close those loopholes, a team led by physicists Bas Hensen and Ronald Hanson placed two instruments about 1.3 kilometers (0.8 mi.) apart in labs at opposite ends of the Delft campus. Each lab contained an instrument with a diamond trap designed to hold an electron fast, so that it could be hit with microwave and laser bursts. Those jolts of energy caused both electrons in both labs to emit photons that traveled down optical fibers to a third instrument in a lab equidistant between them. The convergence of those photons caused the entanglement of the two electrons that had produced them.

Once that quantum union had taken place, the rest of the entanglement process played out—with observations or measurements of the spin rate of one electron instantly affecting the other one. And in this case instantly means exactly what it is supposed to mean—which is even faster than it would have taken light to travel the 1.3 km distance.

What’s more, the experiment didn’t work just once. Henson and Hanson ran 245 trials across 220 hours of testing sessions over 18 days, yielding results that were consistent and reliable enough to beat the statistical distance opened by Bell’s two loopholes—effectively closing them both.

“Our experiment realizes the first Bell test that simultaneously addresses both the locality loophole and the detection loophole,” the researchers wrote. “Being free of the experimental loopholes, the set-up tests local-realist theories without introducing extra assumptions.” In other words, on this score Einstein was wrong and Bell was even righter than he believed.

None of this means that any of the theories Einstein did develop about classical physics were in error, anymore than it would mean that the findings of the world’s greatest bacteriologist were incorrect because they didn’t include anything about viruses—especially if the bacterial work was done before medical science knew viruses exist at all. Physics could never have gotten to the quantum without working through the classical first. And while Einstein picked the right word when he called quantum entanglement spooky, the Delft study now shows that it’s very real too. 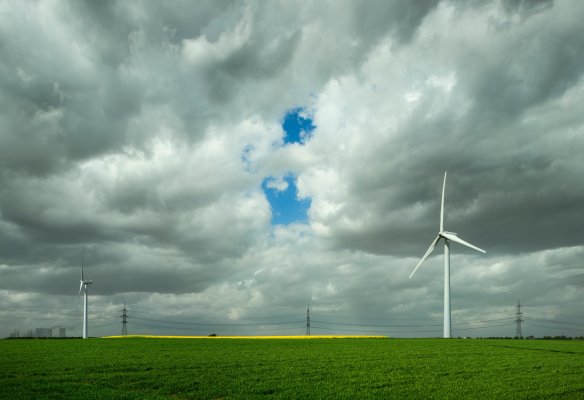